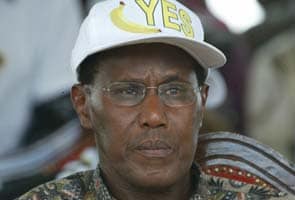 Nairobi: Kenyan police say a cabinet minister who once served as Kenya's vice president has been killed in a helicopter crash near the capital.

The officials said Internal Security Minister George Saitoti was one of seven people killed in the crash on the outskirts of Nairobi.

Mr Saitoti, an American-trained economist and mathematician, was one of the most visible figures in Kenyan politics.

He announced last year that he would seek the Kenyan presidency in 2013.