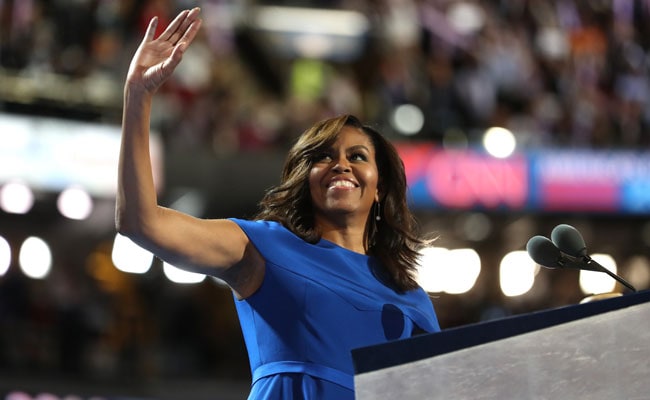 Michelle Obama moved everyone with her words at the Democratic National Convention. (AFP Photo)

Philadelphia: Michelle Obama today stole the show on the first day of the ongoing Democratic national convention, moving delegates to tears with her passionate speech.

In a 15-minute address to the convention, the lawyer-turned-first lady proved to be the 'perfect Trump antidote', doing more than any governor or congressman to unite and fire up the party for November's presidential election in the face of another non politician, Donald Trump, from the rival Republican camp.

"The election of the first African American president, and now potentially the first woman president, were testament to the true America and a repudiation of all Trump stands for", she said, without taking his name.

Taking a pot-shot at Trump's "Make America Great Again" campaign slogan, Michelle-the first black first lady in American history-talked about raising her children in a White House that was built by slaves, adding: "Don't let anyone tell you that this country isn't great. This right now is the greatest country on earth."

"The story of generations of people who have felt the lash of bondage, the shame of servitude, the sting of segregation but who kept on striving and doing what needed to be done so that today I wake up every morning in a house that was built by slaves and I watch my daughters, two beautiful, intelligent black young women, playing with their dogs on the White House lawn." 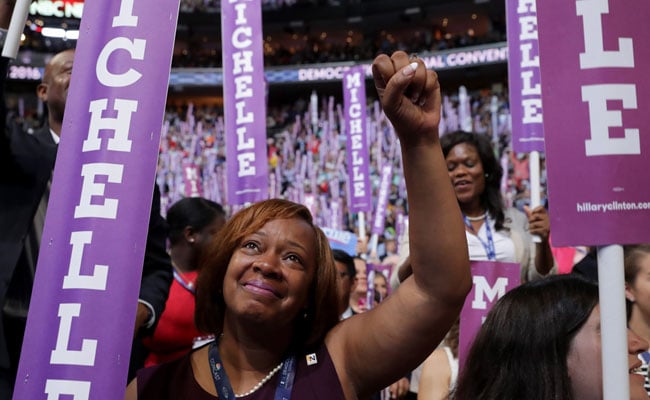 Many people could be seen becoming emotional during Michelle Obama's speech. (AFP)

"How we urge them to ignore those who question their father's citizenship or faith. How we insist that the hateful language they hear from public figures on TV does not represent the true spirit of this country," she said in a clear reference to Trump's remarks questioning the birth of her husband and US President Barack Obama and his language described as 'hateful' by many.

"How we explain that when someone is cruel or acts like a bully, you don't stoop to their level. No, our motto is: when they go low, we go high," she added.

Among the thousands of audience was former president Bill Clinton, who was caught on camera mouthing the word "wow" as Michelle delivered one of the most passionate speeches of the election year.

Her speech, occasionally cracking with emotion, drew cheers and left some delegates openly wiping away tears besides adding a chapter to the dynastic saga of the Obamas and the Clintons, coming four years after Bill Clinton gave an extraordinary speech to help Barack Obama get re-elected.

Not even Vermont Senator Bernie Sanders could quiet the shouts of his die-hard supporters - but Michelle did in what Obama called in a Twitter post as an "incredible speech by an incredible woman".