In a recent video clip from Queen Elizabeth II's documentary 'Queen of the World', Meghan, according to viewers, can be heard talking "in a slight British accent." 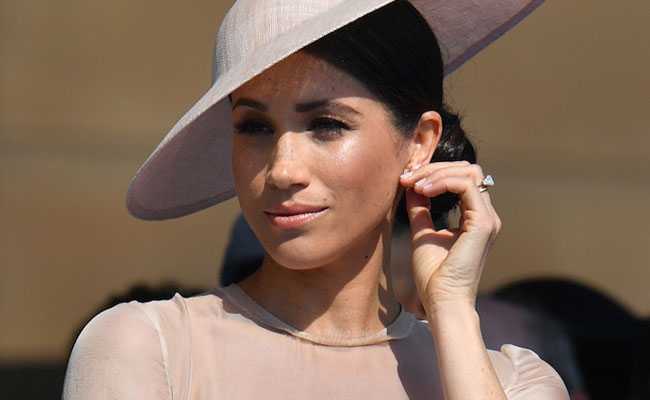 In new clip, Twitter users felt that Meghan was "losing" her American accent.

The Duchess of Sussex Meghan Markle's "accent" has become the talk of the town once again.

In a recent video clip from Queen Elizabeth II's documentary 'Queen of the World', Meghan, according to viewers, can be heard talking "in a slight British accent." The clip first appeared online over the weekend, in which she can be seen reuniting with her Givenchy wedding dress.

"Oh my goodness, it's amazing, isn't it?" Meghan said as she took a look at her dress. "The work that they did here is just so beautiful."

"Somewhere in here there's a piece of blue fabric, did you see? It was my something blue...it's fabric from the dress that I wore on our first date," she added.

In response to the clip, Twitter users felt that Meghan, who has lived in London for some time now, was "losing" her American accent.

A user wrote, "#QueenOfTheWorld Meghan is losing her American accent."

Another user wrote, "#QueenOfTheWorld Meghan has had voice coaching, she seems much softer, bit like how Kate's changed too."

Earlier, social media went berserk over a clip of the Duchess of Sussex speaking in what seemed to be a slight British accent during a public appearance in Cheshire, England.

Meanwhile, Markle made her first solo royal appearance after getting married to Prince Harry, for the inauguration of the new Oceania art exhibit at the Royal Academy of Arts in London on Tuesday.