Meet The African-American Who Will Preach At The Royal Wedding

Bishop Michael Curry does not know Prince Harry and Meghan Markle personally, said Neva Rae Fox, a spokesperson for the Episcopal Church, but he will meet them before the royal wedding ceremony. 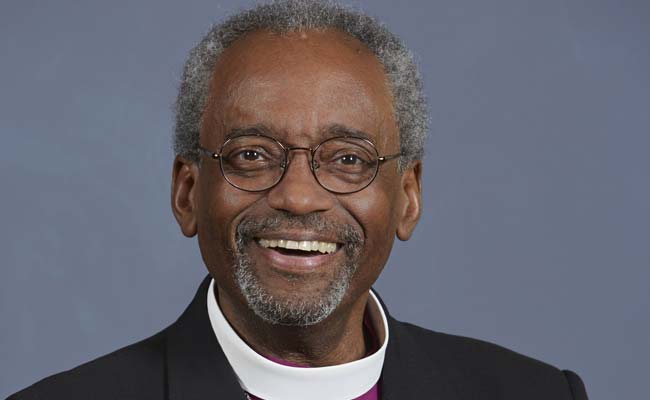 Prince Harry and Meghan Markle's relationship is transatlantic, and now their wedding ceremony will be too. Kensington Palace announced Saturday that Bishop Michael Curry, the first African-American to preside over the Episcopal Church, will deliver a sermon at the couple's wedding on May 19.

Curry does not know the couple personally, said Neva Rae Fox, a spokesperson for the Episcopal Church, but he will meet them before the ceremony.

"It was my understanding that given the fact that he was the first African-American bishop and is a wonderful preacher and speaker, it would be appropriate for him to be invited to speak," Fox told The Post. "The bishop is honored and thrilled to be participating." 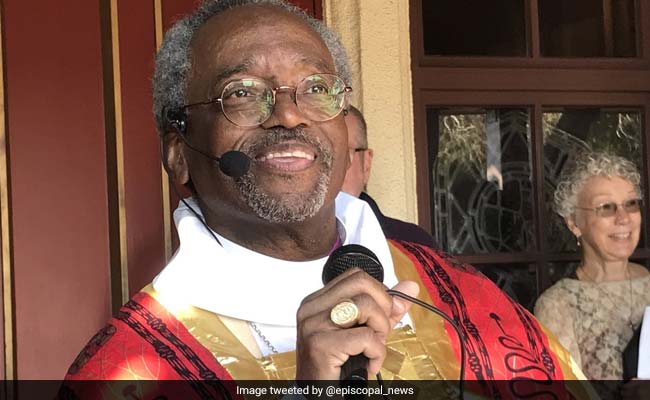 Curry, installed as leader of the U.S.-based member of the Anglican Communion on Nov. 1, 2015, is socially progressive and his sermons often focus on social justice; they are also often funny and highly theatrical.

Curry is the son of the late-Rev. Kenneth Curry, an outspoken civil rights activist, who helped bring an end to segregated schools in Buffalo. Curry has followed in his father's activist footsteps. As bishop in North Carolina, he was one of the first to allow same-sex marriages to be performed in churches there. He has often drawn parallels between the black and LGBT civil rights movements.

The issue of same-sex marriage is one that has led to a conflict between Episcopalians and the greater Anglican Communion. In the summer of 2015, the Episcopal Church voted to allow gay couples to be married in religious ceremonies. The archbishop of Canterbury, Justin Welby, said at the time that such a decision "will cause distress for some and have ramifications for the Anglican Communion as a whole, as well as for its ecumenical and interfaith resolutions." And in January 2016, the Anglican Communion announced it would suspend the Episcopal Church from key voting positions for three years due to their upholding of the same-sex marriage decision.

Curry spoke in defense of same-sex marriage. "I stand before you as a descendant of African slaves, stolen from their native land, enslaved in a bitter bondage, and then even after emancipation, segregated and excluded in church and society," Curry said after the 2016 decision. "And this conjures that up again, and brings pain." 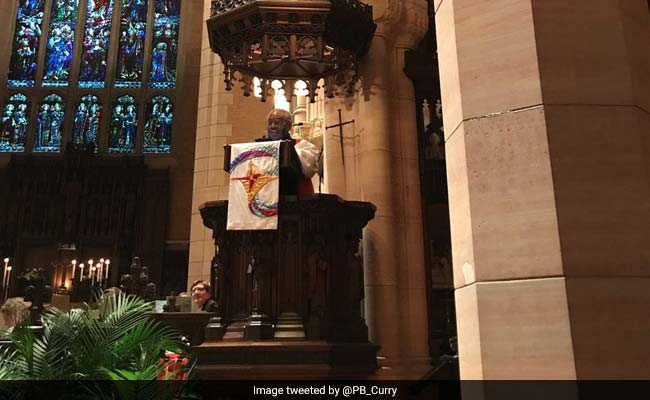 The selection of Bishop Michael Curry to deliver the sermon is the latest bit of America brought to the House of Windsor.

Despite their differences over the issue of gay rights, Welby, who as the symbolic head of the worldwide Anglican Communion will be officiating the wedding, tweeted that he is "thrilled" Curry will preach at the royal wedding. "He is a brilliant pastor, stunning preacher and someone with a great gift for sharing the good news of Jesus Christ," he said.

The selection of Curry to deliver the sermon is just the latest bit of America brought to the House of Windsor. Many in the United Kingdom see Markle, a biracial American actress, as an opportunity for the royal family to better reflect modern Britain.

Promoted
Listen to the latest songs, only on JioSaavn.com
But not everyone in the U.K. has been pleased by Harry's choice. Since the couple's relationship became public, Markle has been the subject of scorn by some in the British press and on social media. In 2016, Kensington Palace released a strongly worded statement condemning racist and sexist attacks on Markle. "Some of this has been very public - the smear on the front page of a national newspaper; the racial undertones of comment piece; and the outright sexism and racism social media trolls and web article comments," it said, adding that Prince Harry "is worried about Ms. Markle's safety." 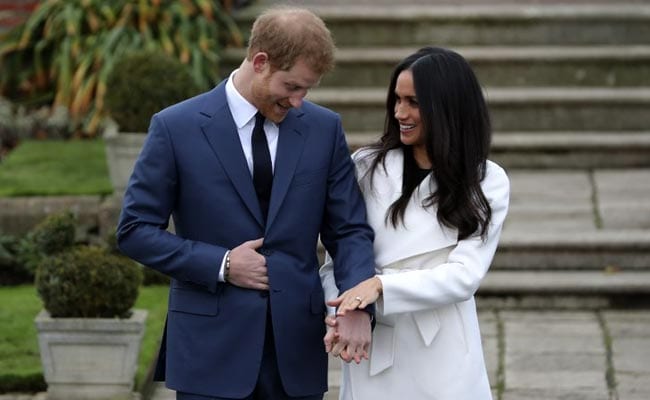 Markle has taken steps to win over the Britons, appearing with Harry at numerous events. And in March, she was baptized into the Church of England by Welby.

(Except for the headline, this story has not been edited by NDTV staff and is published from a syndicated feed.)
Comments
Prince harryMeghan Markle