Mars Trip May Up Leukaemia Risk In Astronauts: Study 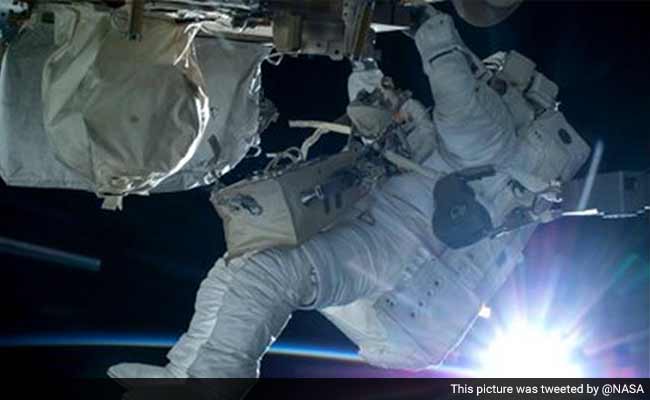 Researchers from NASA and are using human stem cells to measure the effects of deep space radiation.

Washington: Radiation encountered in deep space travel may increase the risk of leukaemia in humans, say scientists who are studying how a three-year space flight to Mars may affect astronauts.

Researchers from NASA and are using human stem cells to measure the effects of deep space radiation.

Using mice transplanted with human stem cells, the research team has demonstrated for the first time that the radiation encountered in deep space travel may increase the risk of leukaemia in humans.

"Our results are troubling because they show radiation exposure could potentially increase the risk of leukaemia in two ways," said Christopher Porada, associate professor at Wake Forest Institute for Regenerative Medicine in the US.

Researchers is currently testing a common dietary supplement to protect astronauts from these damaging effects.

Radiation exposure is believed to be one of the most dangerous aspects of travelling to Mars, according to NASA.

The average distance to the red planet is 140 million miles, and a roundtrip could take three years.

The goal of the study was to assess the direct effects of simulated solar energetic particles (SEP) and galactic cosmic ray (GCR) radiation on human hematopoietic stem cells (HSCs).

These stem cells comprise less than 0.1 per cent of the bone marrow of adults, but produce the many types of blood cells that circulate through the body and work to transport oxygen, fight infection, and eliminate any malignant cells that arise.

For the study, human HSCs from healthy donors of typical astronaut age (30-55 years) were exposed to relevant doses of protons and iron ions - the same types of radiation that astronauts would be exposed to in deep space - at the NASA Space Radiation Laboratory at Brookhaven National Laboratory.

Researchers then performed laboratory and animal studies to define the impact of the exposure.

These exposure levels that simulated deep space radiation were found to dramatically affect the health and function of the HSCs.

"Radiation exposure at these levels was highly deleterious to HSC function, reducing their ability to produce almost all types of blood cells, often by 60-80 per cent," said Porada.

"This could translate into a severely weakened immune system and anaemia during prolonged missions in deep space," he said.

Previous studies by other researchers had already demonstrated that exposure to high doses of earthly radiation, such as from X-rays, can have harmful and life-threatening effects on the body's ability to make blood cells, It can significantly increase the likelihood of cancers, especially leukaemias.

However, the new study was the first to show a damaging effect of low, mission-relevant doses of space radiation. The study was published in the journal Leukaemia.

(This story has not been edited by NDTV staff and is auto-generated from a syndicated feed.)
Comments
NASAMarsleukaemiaLeukaemia Risk In Astronauts