A Woman Called The 'Serial Stowaway' Sneaked Past Airport Security, Again, And Flew To London

The 66-year-old with short, white-blond hair was caught trying to get to Hawaii at least once in 2014. She made it to Los Angeles that same year after trying several times to board a plane in San Jose. She flew to Florida in 2015 after boarding a plane in Minnesota. She was jailed in Chicago that same year for trying to bypass security at the city's two major airports. 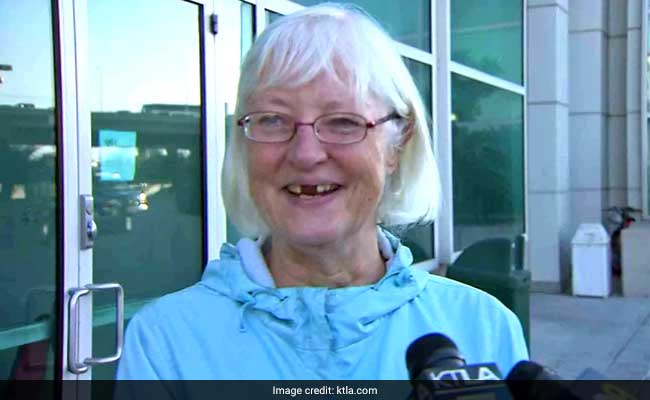 Marilyn Jean Hartman is back on the news again, this time for making it to London

Marilyn Jean Hartman is infamous. For years, law enforcement agencies in several states have known her for her seemingly endless and bizarre habit of getting on planes without a ticket, a boarding pass or a passport.

The 66-year-old with short, white-blond hair was caught trying to get to Hawaii at least once in 2014. She made it to Los Angeles that same year after trying several times to board a plane in San Jose. She flew to Florida in 2015 after boarding a plane in Minnesota. She was jailed in Chicago that same year for trying to bypass security at the city's two major airports. According to news reports, she usually tries to blend in with big groups to get past airport security.

And in 2016, an Illinois judge sentenced her to two years of probation and six months at a mental-health facility, where she had already been staying, after she was arrested again at Chicago O'Hare International Airport.

Hartman is back on the news again. This time, she made it to London.

She sneaked past security at in Chicago and boarded a flight to Heathrow Airport. She was arrested after arriving there Monday and was flown back to the United States on Thursday, according to Chicago police. Hartman has been charged with criminal trespass, a misdemeanor, and theft, a felony.

The Transportation Security Administration is investigating how she managed to sneak past security.

"During the initial investigation it was determined that the passenger was screened at the security checkpoint before boarding a flight. Upon learning of the incident, TSA, and its aviation partners, took immediate action to review security practices throughout the airport," the federal agency said in a statement.

Lauren Huffman, spokeswoman for the Chicago Department of Aviation, said no passengers or visitors were placed in harm's way because of the incident.

"We are working with our law enforcement partners to support a comprehensive and thorough investigation, while continuing to maintain the highest levels of security at O'Hare Airport," Huffman said in a statement.

Several media outlets, including The Washington Post, have documented Hartman's misadventures and often referred to her with a nickname. " 'Infamous serial stowaway' Marilyn Jean Hartman strikes again," says a Post headline from 2015. Media outlets have also called her a homeless loner bouncing between women's shelters and motel rooms up and down the West Coast over the past decade.

But her bizarre and headline-grabbing behavior has confounded authorities.

"Ms. Hartman, what am I supposed to do?" Cook County Circuit Court Judge William Raines asked during a hearing in May 2015, according to NBC affiliate WMAQ.

A year later, Hartman was back in Raines's courtroom. The judge dished out a harsh scolding as he recounted Hartman's history, which included several attempts to escape from mental-health facilities in Illinois.

"The only reason why you're not going to jail this time is because all these people that are here trying to help you still want to help you. I can't figure out why that is," Raines told Hartman, according to the Chicago Tribune's account of the hearing. He added later: "There's no more feeling sorry for you. I think you're addicted to the attention."

In many cases, Hartman seemed to expect to be caught.

"And it's not as if she is, 'Catch me if you can.' It's almost like, 'Just come catch me,' " Assistant State's Attorney Jeff Allen told reporters during the hearing.

But why the airport? That's a question that assistant public defender Parle Roe-Taylor had told reporters she couldn't answer.

In 2015, San Francisco Magazine tried to do so. A lengthy profile published online in June 2015 painted a picture of a woman who had been estranged from family members in Illinois, who constantly felt "the need to get on a plane to go away," and who told wild tales of coverups and conspiracies.

Hartman claimed that people - airport security, public transit passengers, jail inmates, President Barack Obama - have all conspired to compel her to sneak onto planes in an elaborate attempt to punish her, and then allow her to escape lengthy prison sentences so she can do it all over again, and again.

"They just hope I kill myself or act out against society," she told the magazine during an interview while she was jailed in Florida. "Goodbye, cruel world."

Hartman was living at an apartment facility for low-income seniors at a Chicago suburb before her arrest this week. She's scheduled to appear in court Saturday, according to media reports.

Promoted
Listen to the latest songs, only on JioSaavn.com
The Washington Post's Lindsey Bever contributed to this report.