Manhunt Under Way For Suspects Who Wounded 2 New York Officers 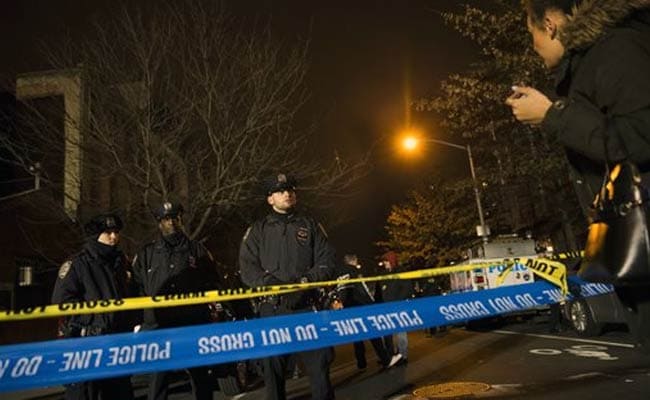 Police in New York are on a manhunt for suspects who shot and wounded two officers. (Associated Press)

New York: A manhunt was under way today for at least two suspects who shot and wounded two New York City police officers responding to a robbery. Both officers were listed in stable condition. The shooting came about two weeks after two officers were fatally shot while sitting in their patrol car in Brooklyn, and on the same day that the city touted record low crime levels.

Police say one of the suspects may have been wounded in the gunfire. They were trying to determine whether a man who later walked into a hospital with a gunshot wound to his back was connected to the incident.

The shooting occurred around 10:30 pm on a Monday near East 184th Street in the Bronx's Tremont section. The officers were coming off their shift when they and three other plainclothes officers responded to a report of a grocery store robbery.

"They went above and beyond the call to protect their fellow New Yorkers. Thank God the officers are doing well and will recover," Mayor Bill de Blasio said at the hospital where the officers are recovering.

Monday night's shooting unfolded as officers were searching for suspects for an armed robbery that occurred minutes earlier at a grocery store.

Police Commissioner William Bratton said the officers, part of an anti-crime unit, were in a car when they spotted two possible suspects in the robbery - one outside a Chinese restaurant and another inside it.

He said when the officers got out, the suspect in the restaurant opened fire, forcing the officers to shoot back. The two suspects fled and then carjacked a white Camaro, which was later found abandoned. A revolver was recovered nearby.

The commissioner said police are reviewing video that they hope will help them identify the suspects.

The organisation COP SHOT, Citizens Outraged at Police Being Shot, has offered a $10,000 reward leading to the arrest and conviction of the suspects.

On December 20, Officers Rafael Ramos and Wenjian Liu were gunned down in their patrol car by a man who vowed online to kill "pigs." The man opened fire, then ran into a subway where he shot himself to death.

Promoted
Listen to the latest songs, only on JioSaavn.com
Ramos was buried on December 27; Liu was buried on Sunday. Tens of thousands of officers from around the country attended the funerals. Many turned their backs as de Blasio spoke because some say he is anti-police.