The Manchester Arena blast after pop star Ariana Grande's concert likely the work of more than 1 person according to British Minister Amber Rudd. 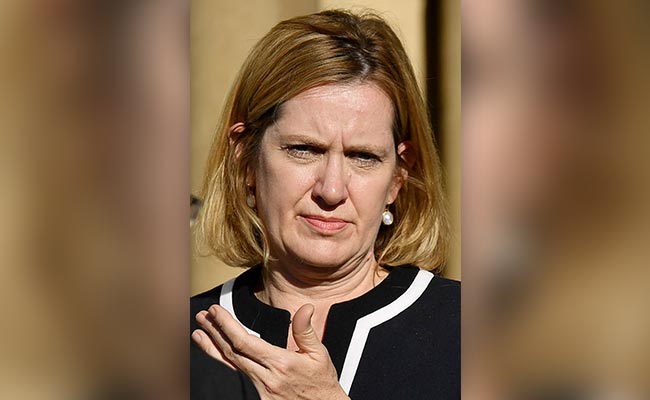 Britain's Home Secretary Amber Rudd at a vigil for Manchester Blast, in Albert Square in Manchester.

London, United Kingdom: The attack on a Manchester pop concert that killed 22 people was "likely" the work of more than one person, British interior minister Amber Rudd said Wednesday.

"It was a devastating occasion, it was more sophisticated than some of the attacks we've seen before, and it seems likely -- possible -- that he wasn't doing this on his own," she told BBC radio.

Rudd confirmed that bomber Salman Abedi, a British man of Libyan heritage who died in the explosion on Monday night, had been on the radar of the security services.

"We do know that he was known up to a point to the intelligence services," she told Sky News.

Clarifying this on the BBC she said: "The security services will know a lot of people. It doesn't mean that they're expected to arrest everybody they know.

"But it is somebody that they had known."

She said she had "complete confidence" in the security services.

The minister said she was "not surprised at all" that the attack had been claimed by the Islamic State group, but said there was no information yet to confirm the extremist organisation's active direction.

Britain's national terror threat level was raised late Tuesday to "critical", meaning another attack may be imminent, following the attack on the concert of US singer Ariana Grande.

Promoted
Listen to the latest songs, only on JioSaavn.com
London police said Wednesday they would be calling in the army to help guard key landmarks, including Buckingham Palace, the Houses of Parliament and foreign embassies.