The Manchester Victoria railway station, attached to Manchester Arena, was closed after the 22-year-old Manchester-born suicide bomber Salman Abedi carried out the horrific attack on May 22. 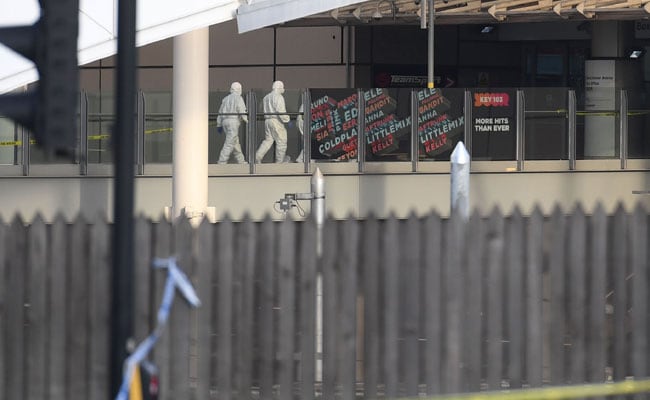 The station, attached to Manchester Arena, was closed after the 22-year-old Manchester-born suicide bomber Salman Abedi carried out the horrific attack on May 22.

Twenty-two people were killed and dozens injured after the bomber struck following a concert by American singer Ariana Grande.

"Since this event, Manchester Victoria station has remained closed and behind the scenes great effort has been made in order get Manchester moving again. I am sure that today's announcement that the station will reopen will be greatly welcomed by the community of Manchester," said Deputy Chief Constable Adrian Hanstock of British Transport Police.

Greater Manchester Mayor Andy Burnham and Transport Secretary Chris Grayling were among those who lay wreaths at the station which had suffered structural damage as it reopened.

"People went above and beyond what you would expect. Those who rushed into the danger were station staff. In these moments, you do see the best of people, you see the best of our public services and it is quite awe-inspiring to hear that," Burnham told the BBC.

Liam Sumpter, managing director of Northern Trains, which run out at Manchester Victoria, said 15 members of staff were among those first on the scene.

"They provided first aid and comfort to those victims without any thought to their own safety and without any training in that sort of response. They did the whole industry proud and I've got no doubt that they made a big difference on the evening," he said.

The station reopening comes as the investigation into the attack continues. Police released a new image yesterday showing Abedi on
the day of the attack with a blue suitcase.

A total of 16 people have been arrested in connection with the investigation. Two have been released and 14 remain in custody, the report said.

Promoted
Listen to the latest songs, only on JioSaavn.com
A moment of silence was held in Manchester's St Ann's Square after hundreds of mourners paid an emotional tribute to the victims of the suicide bombing last night, exactly a week after the attack.