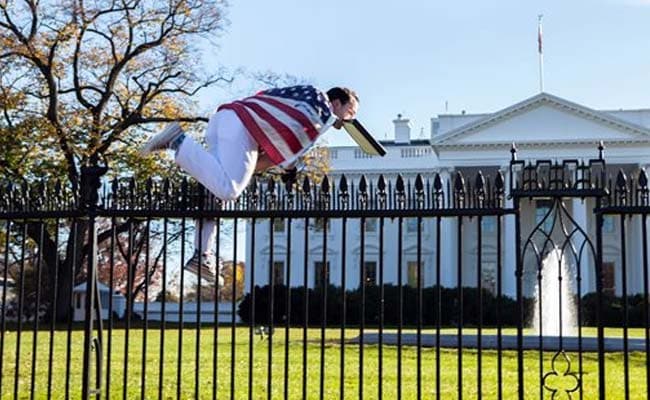 Joseph Caputo jumps a fence at the White House November 26, 2015, in Washington.

Washington: A man who draped himself in the American flag and jumped over the White House fence on Thanksgiving Day last year is expected to take a plea deal in the case.

Joseph Caputo of Stamford, Connecticut, is appearing in federal court in the District of Columbia on Monday.

Caputo was carrying a binder with "a rewritten Constitution" when he scaled the fence. His lawyer argued Caputo's actions were intended to call attention to deficiencies in the Constitution and protected by the First Amendment. A judge disagreed, saying Caputo's arguments "border on frivolous" because there's "no First Amendment right to express one's self in a nonpublic area like the White House."

Promoted
Listen to the latest songs, only on JioSaavn.com
Caputo isn't the only person to scale the fence. Officials now want to increase its height.