Man Takes Cheaper Insulin After Losing Insurance. It Was A Fatal Decision

Josh Wilkerson's death illustrates the worst-case scenario for thousands of lower-income people living with diabetes in the US who depend on over-the-counter insulin that sells for one-tenth of what the more effective version costs. 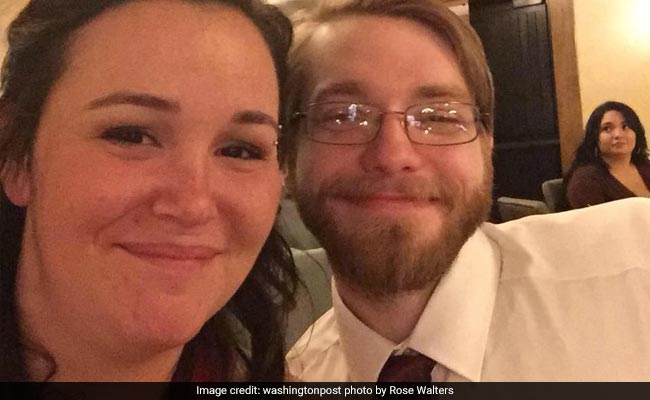 Josh Wilkerson and fiancee Rose Walters are pictured at a friend's wedding in November 2018.

Josh Wilkerson was alone, in sleeping quarters above the northern Virginia dog kennel where he worked, when he suffered a series of strokes that would prove fatal.

He had aged out of his stepfather's health insurance plan on his 26th birthday and eventually switched to over-the-counter insulin. Like many other diabetics his age, he could not afford the prescription brand he needed.

A few hours after taking another dose of the lower-grade medication that June day in Leesburg, Wilkerson was in the throes of a diabetic coma - his blood sugar level 17 times higher than what is considered normal.

His death at age 27 illustrates the worst-case scenario for thousands of lower-income people living with diabetes in the United States who depend on over-the-counter insulin that - for $25 a vial at Walmart - sells for one-tenth of what the more effective version costs.

"It's very hard," said his fiancee, Rose Walters, 27, who, like Wilkerson, was born with a congenital form of the disease known as Type 1 diabetes. "How many more young Type 1 diabetes patients have to die before something finally changes?"

The skyrocketing price of insulin - which emulates the hormone secreted by the pancreas to regulate glucose in the blood - has stirred widespread outrage in the United States, amid reports of people dying after rationing the medication, begging online for help with costs or venturing out of the country in search of better deals.

In Congress, a bipartisan panel has called for legislation aimed at reducing insulin costs for the 7.5 million Americans who rely on the medication, prompting drug manufacturers to offer discounts. Some states are pursuing their own laws.

Last week, the Trump administration announced steps to allow states to import lower-priced medication from Canada - a plan that could potentially include insulin, officials said. A few days earlier, Sen. Bernie Sanders, I-Vt., joined a group of people with Type 1 diabetes on a bus from Detroit to Windsor, Ontario, where they found insulin sold for a tiny fraction of what it costs in the United States.

"People are dying," said Desralynn Cole, 36, who joined the Democratic presidential hopeful on the trip. "Everyone should be concerned about this."

The more affordable form of the medication - sold by Walmart since 2000 under its ReliOn brand - is known as "human insulin." It predates the genetically altered "analogue" insulin doctors routinely prescribe.

While human insulin can require as many as four hours to take effect, with varying levels of success, analogue insulin is more precise and takes as little as 20 minutes to regulate blood sugar levels, patient advocates say.

But with analogue insulin prices nearly tripling since 2002, doctors have begunrecommending the cheaper version as a stopgap - a strategy endorsed for "some patients" by the American Diabetes Association in a white paper published last year.

Allison Bailey, U.S. advocacy manager for T1International, a nonprofit organization for people with Type 1 diabetes, said human insulin may work better for people who have Type 2 diabetes, the form of the disease that develops more often in people who are overweight and that is more manageable with diet and exercise.

For the estimated 1.25 million people with Type 1 diabetes in the United States, using human insulin is riskier. Their bodies typically are unable to produce any natural insulin, leaving them more vulnerable to fluctuations in blood sugar levels without careful monitoring, Bailey said.

"There is a lot of room for error," she said. "You need to have one-on-one communication with a health provider who is going to be able to guide you through some of this, which isn't always available to someone who is on a lower income."

Marilee McInnes, a Walmart spokeswoman, cautioned against using the product without consulting a physician.

"The high cost of insulin is a concern for those trying to manage their diabetes, and human insulin can be a less expensive alternative, but it may not be right for everyone," McInnis said in a statement.

Wilkerson learned about ReliOn from his doctor shortly after he turned 26 and was no longer covered by his stepfather's health insurance plan, his family said.

By then, his monthly insulin cost was close to $1,200 - an impossible expense on the $16.50 per hour he made as a supervisor at the dog kennel, which offered a limited form of health insurance.

He and Walters started using the insulin they bought at Walmart together in the winter of 2018.

They had gotten engaged the previous summer, during a visit to Virginia Beach. Wilkerson surprised Walters by leaving a ring attached to a conch shell for her to discover in the sand. After finding a house in Berryville and setting a wedding date for this October, they considered the over-the-counter insulin a way to save money for the rustic barn house ceremony they wanted.

"We figured: Hey, it's $25. We can do that. And we'll just work with it and try to do the best we can," said Walters, who also worked at the kennel. "But, the fact that it takes so long to kick in? It scared me a little bit."

Wilkerson's mother, Erin Weaver - whose father died of complications related to Type 1 diabetes in 1989 - said her son assured her the medication was working.

"Don't worry, Mom," he wrote in a Facebook message earlier this year after she sent him a link to a news article about a man who had died while rationing his insulin.

"He very much wanted to just be normal," Weaver said.

In reality, Wilkerson was having stomach problems and becoming increasingly moody, which happened when his blood sugar levels were high, Walters said. Her body reacted more positively to the over-the-counter medication.

"Something in him, you could just tell, was different," she said. "I would tell him, 'Check your blood sugar,' and he would check it and it would be high."

In June, Wilkerson agreed to watch the kennel for a week while his boss was on vacation. It involved staying overnight in the kennel's sleeping quarters, but it was a chance to make some extra cash.

Walters frequently checked in via FaceTime. During his second night away, he told her his stomach had been bothering him, promised to take the insulin and signed off. Walters realized the next morning thatshe had not heard from her fiance in more than 12 hours.

She called his phone, but he didn't answer. So she rushed to the kennel. There he was, on the floor, unconscious after what doctors later determined were multiple strokes.

"I just remember smacking him on the face, saying, 'Babe, wake up. You have to wake up,' " Walters recalled.

Wilkerson had fallen into a vegetative state. He was removed from a hospital ventilator five days later.

Today, Walters is back in Pottsville, Pennsylvania, where she grew up and where she met Wilkerson six years ago. She recently found work as a U.S. mail carrier, which offers better health insurance that, she hopes, will cover her insulin costs.

Weaver, Wilkerson's mother, has started advocatingfor people with Type 1 diabetes. She plans to speak at a September vigil organized by T1International at the Indianapolis headquarters of the drug manufacturer Eli Lilly and Company. There, she will call on elected officials and drug companies to wipe away what she calls a two-tier health system, in which diabetics with good health insurance or enough money get the medication they need, while others are left to struggle.

"It's pretty much a death sentence," Weaver said of people who are forced to ration insulin or depend on the less-reliable form sold over the counter. "They have no health insurance or good jobs to afford what they need, so they're left with the pittance that is left."