Man Faked His Own Kidnapping To Avoid Super Bowl Bet. The Plan Backfired

Brandel was running a Super Bowl squares game with a $50,000 payout, which he had rigged by making up names on some squares in the hopes to take home the winnings, police said. 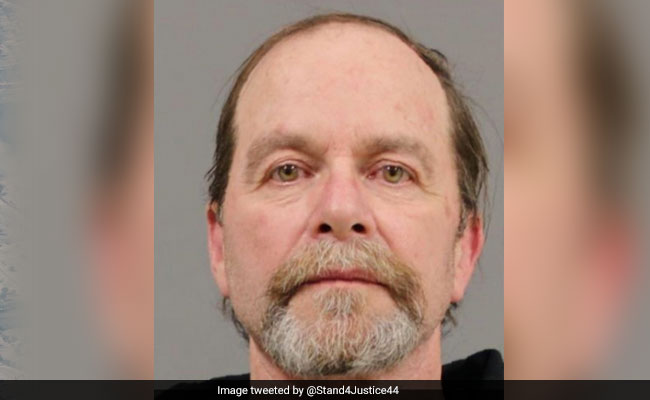 Robert Brandel told police he was robbers took $16,000 in cash he'd won in the game.

The man was found in the back seat of a blue pickup truck in Upstate New York.

His hands and ankles bound with duct tape; a rope was tied around his neck and attached to the headrest. Police rescued the man, Robert Brandel, a 60-year-old from North Tonawanda, and he told them what happened.

He said he was left there, tied up in the car, after two men he was playing Super Bowl squares with - a gambling game - robbed him at gunpoint and took $16,000 in cash he'd won in the game. For two days he was driven around Western New York against his will, Brandel told the police.

But the story was a ruse, police said. Brandel was arrested Wednesday and charged with a felony charge of scheme to defraud and misdemeanor count of falsely reporting an incident.

Brandel was running a Super Bowl squares game with a $50,000 payout, which he had rigged by making up names on some squares in the hopes to take home the winnings, police said. But he didn't win and found himself short of most of the $50,000 he owed to the winner, New York State Police Trooper James O'Callaghan told The Post. The kidnapping and supposed robbery plot, was to be an excuse to give to the person he owed money too, O'Callaghan said.

Officers had responded to what they believed to be a genuine 911 call from someone who had heard Brandel screaming and saw him duct taped in the back of the truck in the parking lot, O'Callaghan said. After troopers cut Brandel loose, they began to interview him in an separate vehicle, O'Callaghan said.

"We have an ID crew out there going through his truck taking prints and looking for hair follicles, we're taking everything in the vehicle as evidence," he said. "Meanwhile other troopers are going to different stores and places where we think there might be cameras."

But holes seemed to keep popping up in his story, O'Callaghan said. Police noticed his attitude and physical appearance didn't seem to match that of someone who had been kidnapped for a couple of days.

"He has a goatee but he's somewhat freshly shaved," O'Callaghan said. "You're not going to look like that if you're sitting in a vehicle for three days. Plus his demeanor: He didn't appear to be distraught. He doesn't want to reach out to family and friends right away. 'Hey I need to reach out to tell someone important what's going on.'"

Another tell was that Brandel told officers that he'd been able to roll down the window a bit, the trooper said.

"The keys aren't in the ignition. So you start questioning him on that, how'd the window go down?" O'Callaghan said. Within 35 minutes of telling his original story, Brandel admitted to investigators that he had lied about the whole thing, the trooper said.

The case drew wide attention from media outlets on Thursday and Friday. Brandel, who The Washington Post was not immediately able to reach for comment, is due back in court in March to enter a plea in the case, O'Callaghan said. Caroline Wojtaszek, a prosecutor in the Niagara County District Attorney's office, did not return multiple requests for comment.

(Except for the headline, this story has not been edited by NDTV staff and is published from a syndicated feed.)
Comments
Robert BrandelSuper Bowl