An employee at the Northwest Detention Center in Tacoma reported one vehicle on fire and said the suspect was also attempting to ignite a large propane tank outside the facility, the Tacoma Police Department said in a statement. 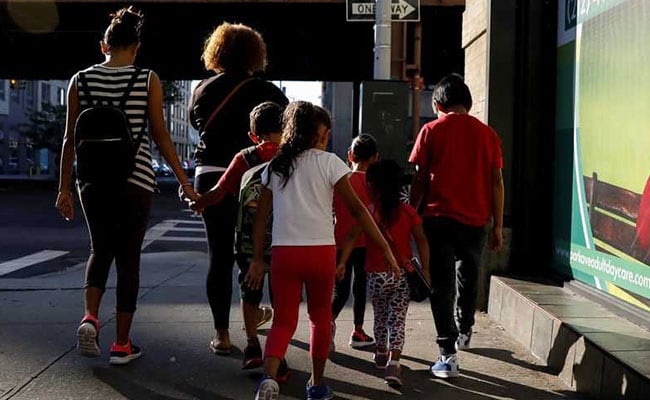 A man armed with a rifle attacked an immigration detention facility in Washington state early on Saturday, throwing incendiary devices at the building and cars in the parking lot before dying after police opened fire, authorities said.

An employee at the Northwest Detention Center in Tacoma reported one vehicle on fire and said the suspect was also attempting to ignite a large propane tank outside the facility, the Tacoma Police Department said in a statement.

When four officers arrived at about 4 a.m., shots were fired and the suspect was later determined to be deceased at the scene.

"Officers noted that in addition to the weapon, he was wearing a satchel and had flares on his person," the statement said, adding that no officers were injured.

"This morning's attack at the ICE detention center in Tacoma was a horrific act of violence that has shaken us all," Washington Governor and 2020 Democratic presidential hopeful Jay Inslee wrote on Twitter.

The Northwest Detention Center is privately operated by The GEO Group on behalf of the U.S. Immigration and Customs Enforcement (ICE).

The man's identity and his motive remained unknown, police spokeswoman Loretta Cool told Reuters, adding that the medical examiner's report could be expected as early as Monday.

The officers involved in the shooting were placed on paid administrative leave per department policy, police said.

Cool said the incident took place several hours after a peaceful rally protesting immigrant detentions outside the facility. She said another rally was scheduled for Saturday, but that it would have to be moved to a different area as authorities were still processing the crime scene.

"The outrageous and baseless accusations that have been leveled against our facilities have led to misplaced aggression and a dangerous environment for our employees, whose safety is our top priority," a spokesperson for The GEO Group said in a statement emailed to Reuters.

"Our facilities have never been overcrowded, nor have they ever housed unaccompanied minors," the statement said, adding that the company's facilities "offer modern amenities" such as air conditioning, recreational activities, medical care and legal services.

The incident in Tacoma happened as a nationwide wave of arrests of immigrants facing deportation is set to begin over the weekend.

The operation is expected to target hundreds of families in 10 cities who have recently been ordered deported by an immigration court but have not yet left the country.