Maldives To Hold First Round Of Presidential Polls In September

The Elections Commission said on Thursday that a second round, if necessary, would be held within 21 days from the election day. 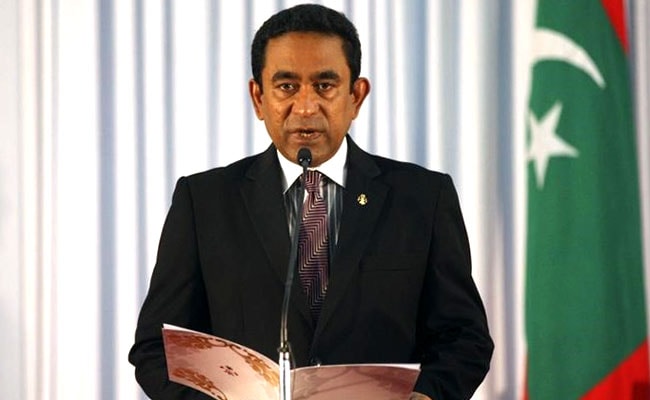 The President's Office in a statement said it welcomed the announcement. (File)

Male: The first round of presidential elections in Maldives will be held in early September and preparations for the polls have already begun, the Elections Commission has announced.

It said on Thursday that a second round, if necessary, would be held within 21 days from the election day.

The President's Office in a statement said it welcomed the announcement and encouraged all relevant stakeholders to offer the elections commission their full, unreserved support for the conduct of their work.

"Free, fair and credible elections are the foundation of our democracy and it is essential for continuity of our nation's growth, stability and prosperity," the statement said.

"The government of the Maldives extends its invitation to all international stakeholders to observe the electoral process and... urges the international community to provide support in bringing back normalcy in the Maldives.

"It also requests the international community to refrain from any actions that could hinder resolving the situation the country is facing," the President's Office said.

It further said that the government recommended all political parties and politicians alike to work towards, making the upcoming elections free and fair, rather than engage in a battle to topple the government and to destabilize the nation.

The Maldivian Parliament earlier this week approved extending the state of Emergency in the country by 30 days following a request by President Abdulla Yameen.

Promoted
Listen to the latest songs, only on JioSaavn.com
Mr Yameen had requested for an extension "as the threat to national security had not diminished" following the Supreme Court ruling on February 1 ordering the release of detained opposition leaders, including self-exiled former President Mohamed Nasheed.

The president had first declared a 15-day state of emergency on February 5 after the Supreme Court ruling, which was, however, rescinded shortly after the declaration of the state of Emergency.
Comments
MaldivesMaldives Presidential ElectionAbdulla Yameen