43-year-old Tahira Zaman alleged that Lord Ahmed repeatedly asked her for dinner when she went to him for help. 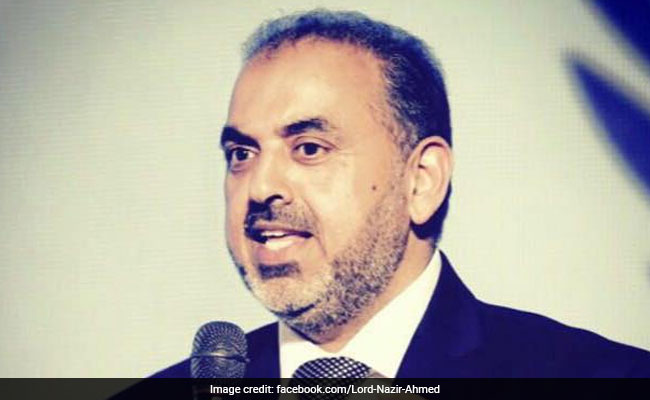 Lord Nazir Ahmed is from Mirpur in Pakistan occupied Kashmir

Pakistan's main political backer in the UK, Lord Nazir Ahmed, has been accused of having sex with women who came to him for help, according to an expose by BBC's Newsnight program.

Lord Ahmed, who is from Mirpur in Pakistan occupied Kashmir (PoK) is a member of the House of Lords. He is said to enjoy backing from Islamabad and is known to lobby in the British Parliament on the Kashmir issue.

He was a member of the Labour Party for most of his career. In 2013, Lord Ahmed was suspended from the party following allegations of anti-semitism.

BBC's Newsnight program revealed that 43-year-old Tahira Zaman approached Lord Ahmed in February 2017 through a mutual friend, hoping he would help get the police to investigate a Muslim faith healer who, she felt, was a danger to women.

Ms Zaman told BBC Newsnight that Lord Ahmed said he wrote a letter to the Metropolitan Police Commander Cressida Dick about her concerns. She then alleged that he repeatedly asked her for dinner.

She said she finally agreed and weeks after the dinner, she contacted him about her case and he invited her to his east London home.

"He was saying I'm beautiful," she told Newsnight. The pair went on to have sex on numerous occasions.

She accepted that the relationship was consensual but said, "I was looking for help and he took advantage of me. He abused his power."

The relationship ended after two months when Lord Ahmed told her he would not leave his wife, she said.

Ms Zaman also said she feels exploited by Lord Ahmed because she was suffering from anxiety and depression.

In a second case, a woman who wishes to remain anonymous told Newsnight she had also asked Lord Ahmed for help and claims he suggested she should spend the night at his London home. She interpreted this as a proposition for sex, which she refused.

Lord Ahmed has denied any wrongdoing.