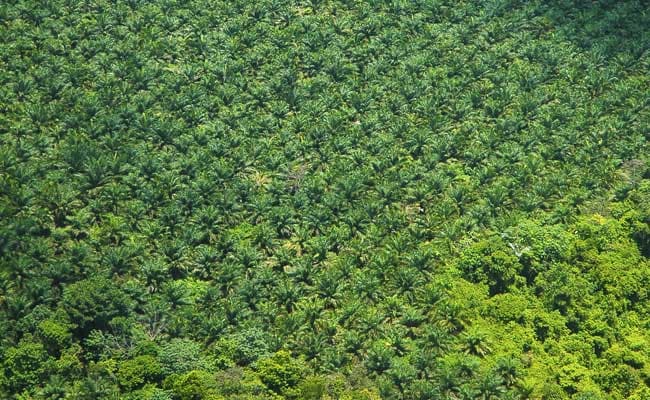 Another 75,000 hectares of the rainforest face "immediate risk" of being cleared by Korindo.

Jakarta: A South Korean-owned company is cutting down primary rainforests for timber and then setting fires to clear the land to plant oil palm in apparent violation of Indonesian law, according to an investigation by environmental groups.

The investigation points to "systematic and widespread use of fire" by the Jakarta-based Korindo Group PT, which adds to the pall of smoky haze choking large parts of Southeast Asia during the annual dry season, the environmental groups said in a report published on Thursday.

Korindo has already cleared more than 50,000 hectares of tropical lowland forest for palm oil plantations in the remote provinces of Papua and Maluku, and at least 75,000 hectares are at "immediate risk" of being cleared, the report said.

One of Korindo's main customers, Wilmar International Ltd., told Reuters the company has stopped buying palm from Korindo for violating it's "no deforestation" policy, the company said in an emailed statement.

"Accusations that the Korindo Group were a big contributor to the smoke and haze in 2015 and consequently had an impact on the economy and damaged the environment in Indonesia are not true," the company said in a statement.

Indonesia's environment ministry has sent a team to Papua "to collect material and information", after they were presented with the findings from the report, the ministry's law enforcement director Muhammad Yunus told Reuters.

Indonesia is home to the world's third-largest area of tropical forests. It is also the world's fifth-largest emitter of the greenhouse gases widely blamed for global warming, largely due to deforestation.

Korindo holds a total of 160,000 hectares of oil palm concessions in eight areas of Papua and Maluku, according to the report, and an estimated 900,000 hectares of logging areas that could also be converted. It is one of the largest plantation companies in eastern Indonesia.

Around 90 per cent of the world's palm oil crop grows in Malaysia and Indonesia. Indonesia's President Joko Widodo in April imposed a moratorium on expanding palm oil plantations, with the industry under mounting pressure from global companies that use palm oil in products, ranging from soups to soaps and chocolates, to adhere to environmentally sustainable plantation practices.

Consumer giants, such as Unilever and Kellog, are increasingly demanding "sustainability certification" from watchdog groups, including no use of fire to clear land, before buying products from palm oil producers.

Many forest communities throughout Indonesia practice "slash and burn" agriculture, using fire to clear land. But the World Resources Institute, which runs an extensive database on forest fires in Indonesia, says more than a third of the fires last year were on pulp wood concessions, and a good proportion of the rest were on palm oil plantations.

Under Indonesian law, a company found guilty of clearing land by burning can be fined up to $735,000, and the management faces up to 10 years in jail. Companies that fail to control fires started elsewhere but which spread into their concession land also face punishment.

Korindo Group employs around 20,000 people across 30 affiliated companies mainly involved in plywood, paper and pulp and palm oil, according to the company's website. It is majority-owned by South Korea's Seung family.

The sparsely populated province of Papua is the Indonesian half of an island shared by Papua New Guinea, and home to indigenous communities.

"They get some compensation and they finish their money at markets. They want to go hunting again but there's no more forest. And then because they have no more money and they can't go hunting they go back to complain to the company. So social conflicts keep going because the community no longer has a way to support themselves from day to day."

The environmental groups used satellite images that recorded "hot spots" and infrared pictures showing fires, along with photos and videos taken on the ground, the report said.

During a trip to Korindo's concessions in Papua this year, Maitar said researchers found extensive stacking, a process used to heap woody debris leftover from land clearing into long piles that serve as a pathway for fires.

"Once it's dry they set it alight," Maitar said.

Promoted
Listen to the latest songs, only on JioSaavn.com
Wakker at AidEnvironment said the Korindo case poses a challenge for President Widodo after his moratorium on clearing new land for plantations.

"The big question is whether (the president) will have those permits withdrawn or not," said Wakker. "If he allows them to continue clearing that land it's going to be the largest deforestation project in Indonesia."
© Thomson Reuters 2016