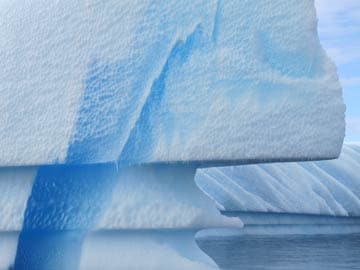 Washington: Changes in temperature in the ocean waters outside Greenland's fjords can be behind the fast melting of the island's glaciers, a new research has found.

The research by scientists at Woods Hole Oceanographic Institution (WHOI) and the University of Oregon in the US sheds new light on the connection between the ocean and Greenland's outlet glaciers.

It provides important data for future estimates of how fast the ice sheet will melt and how much mass will be lost.

"Over the past few decades, many glaciers that drain the Greenland Ice Sheet have accelerated, thinned and retreated," said Rebecca Jackson from WHOI.

"Scientists have noticed a link between glacier behaviour and warming waters off the coast of Greenland, but we have very few direct measurements of ocean water temperatures near the glaciers or at what time scales they vary, which are needed to understand what's happening there," Jackson added.

Currently, scientists think that the accelerated rate of ice sheet melt might be due to warmer ocean waters melting on the underside of the ice, where the glaciers extend into the ocean.

Between 2009 and 2013, the researchers deployed multiple moorings in two fjords where the third and fifth largest outlet glaciers of the Greenland Ice Sheet terminate.

From their analysis of the data, the researchers found rapid fluctuations in ocean temperature near the glaciers, resulting from "surprisingly" fast ocean currents in the fjords.

The fjord currents, which reverse every few days, are driven by winds and ocean currents outside the fjord.

These findings imply that changes in temperature in the ocean waters outside the fjord can be rapidly communicated to the glacier, through efficient pumping of new water into the fjord.

Promoted
Listen to the latest songs, only on JioSaavn.com
"Our findings go against the prevailing paradigm that focused on the input of freshwater to the fjord as a driver of new water into the fjord," Jackson said.

The study was published in the journal Nature Geosciences.