Balenciaga pulled the controversial photos last week. They even posted an apology on Instagram and removed all the images from their account. 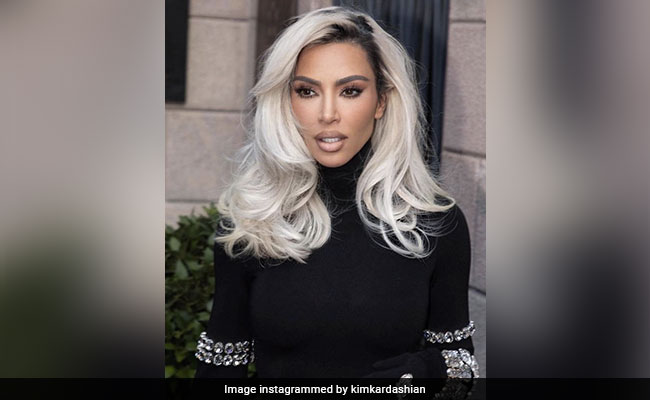 Kim Kardashian has been associated with Balenciaga for years.

Balenciaga brand ambassador Kim Kardashian has said she is "disgusted and outraged" by a holiday campaign launched by the brand, which featured children holding teddy bears in bondage gear. In a statement posted on her Instagram Story, Ms Kardashian said she was "shaken" by the "disturbing images". Ms Kardashian further said that she is re-evaluating her relationship with the brand. The luxury fashion house has apologised and said they are taking legal action against the parties responsible for the campaign, which drew the ire of social media users and activists.

"I have been quiet for the past few days, not because I haven't been disgusted and outraged by the recent Balenciaga campaigns, but because I wanted an opportunity to speak to their team to understand for myself how this could have happened," Ms Kardashian wrote on her Instagram Story. 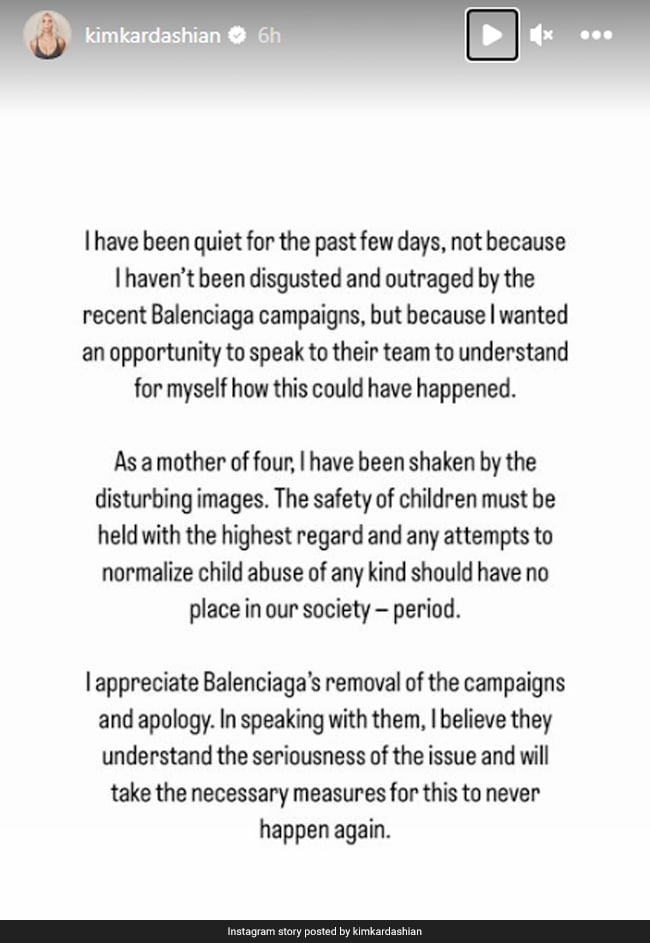 "As a mother of four, I have been shaken by the disturbing images. The safety of children must be held with the highest regard and any attempts to normalize child abuse of any kind should have no place in our society - period," she further said.

The reality television star said she was happy that the ads were removed but added, "As for my future with Balenciaga, I am currently re-evaluating my relationship with the brand, basing it off their willingness to accept accountability for something that should have never happened to begin with - and the actions I am expecting to see them take to protect children."

Balenciaga pulled the controversial photos last week. They even posted an apology on Instagram and removed all the images from their account.

"We apologise for displaying unsettling documents in our campaign. We take this matter very seriously and are taking legal action against the parties responsible for creating the set and including unapproved items for our Spring 23 campaign photoshoot. We strongly condemn the abuse of children in any form. We stand for children's safety and well-being," the company said in a statement.

The advertisements were being used to promote the site's holiday gift shop.