The pair -- former diplomat Michael Kovrig and businessman Michael Spavor -- had "left Chinese airspace, and they're on their way home," Justin Trudeau told a news conference in Ottawa. 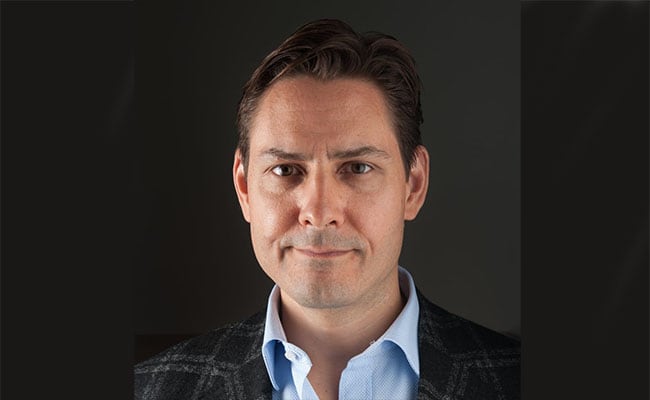 Michael Kovrig was one of two Canadians detained in China days after a Huawei executive's arrest.

The pair -- former diplomat Michael Kovrig and businessman Michael Spavor -- had "left Chinese airspace, and they're on their way home," he told a news conference in Ottawa.

Their plane was expected to land Saturday in Canada, he said.

The Two Michaels, as they have become known in Canada, had been arrested and imprisoned on espionage charges in the days after Canada detained Huawei executive Meng Wanzhou.

Earlier, a Canadian judge ended extradition proceedings against Meng and lifted her bail conditions, allowing her to return to China for the first time since her arrest in Vancouver's international airport at the behest of US authorities on December 1, 2018.

The Canadian judge's move followed an agreement she made with the US Justice Department to suspend fraud charges against her.

Both Kovrig and Spavor were put on trial in March of this year. In August, Spavor was sentenced to 11 years in prison, while there had been no decision in Kovrig's case.

Trudeau previously denounced Spavor's sentence as "unacceptable and unjust," and said the charges were "trumped up."

He Was China's "Self-Made" Richest Man. Then Evergrande Collapsed