Judith Collins, who's been likened to the late British Prime Minister Margaret Thatcher, has just seven weeks to rebuild public faith in her party and gain support with her pledge of sound economic management. The new leader of New Zealand's opposition National Party -- nicknamed "Crusher Collins" after her spell as a hard-line police minister -- will need all her resolve to beat Prime Minister Jacinda Ardern in the Sept. 19 election.

"It's an extremely difficult job, and that's why I've got it," Collins, 61, said in an interview in her parliamentary office in Wellington. "I don't fear much at all."

National goes into the election campaign as the underdog after Ardern's deft handling of the pandemic eliminated local transmission of the coronavirus in New Zealand, helping her Labour Party soar in the polls. National's chances haven't been helped by a string of scandals and internal ructions that saw the party appoint Collins as its third leader in two months.

Labour had 53% support in a 1News/Colmar Brunton poll published yesterday, while National mustered 32%.

Collins, who's been likened to the late British Prime Minister Margaret Thatcher, has just seven weeks to rebuild public faith in her party and gain support with her pledge of sound economic management. While popular among conservatives, the question is whether she can win the center ground dominated by 40-year-old Ardern, whose brand of empathetic leadership has won worldwide admiration.

Collins is "a true-blue, traditional National Party right-winger," said political analyst Bryce Edwards. "In some ways that means she's more attractive because she's a conviction politician and someone who seems more authentic." 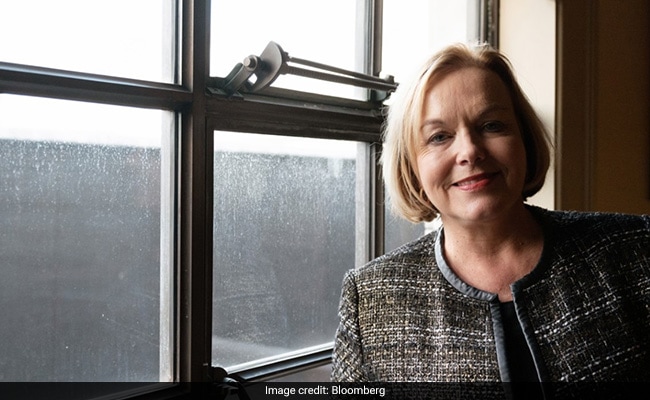 Closed Border
The election comes as New Zealand faces its biggest economic challenge in generations, with unemployment set to surge after the loss of international tourism, a key foreign exchange earner. The next government will need to create new industries and jobs, and find a way to safely reopen the border, which has been closed since the pandemic struck.

While Ardern has won plaudits for her crisis management, her center-left government has failed to deliver on some key policies, such as a pledge to build 100,000 new homes to ease a housing crisis. National, which oversaw eight consecutive years of growth and returned the budget to surplus before losing to Labour in 2017, says it is more capable of navigating the recovery.

Collins was born on a dairy farm in the Waikato region of New Zealand's North Island. She became a lawyer, later specializing in tax, and ran several businesses with her husband before entering parliament in 2002.

It was as police minister that she got her "Crusher" moniker by cracking down on illegal street car racing and saying the vehicles should be sent to the compacter. 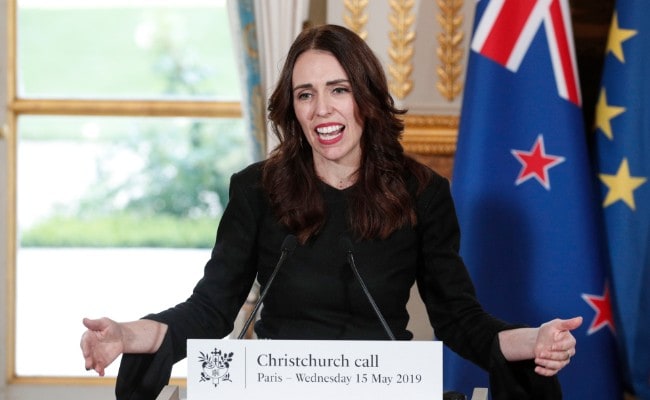 'Dirty Politics'
Her political career hasn't been free of controversy. In 2014 she faced claims of endorsing milk products made by a company that her husband was a director of when in China on government business. Later that year she resigned her portfolios after allegations she engaged in "dirty politics" by trying to undermine a public servant. An inquiry cleared her, and she returned as a minister in late 2015.

She unsuccessfully sought the party leadership twice, in 2016 and 2018, before finally winning her colleagues' backing this month as the best bet to lead them out of turmoil.

Collins is flattered by comparisons with Thatcher, who she credits with getting the U.K. out of its economic quagmire in the 1980s, and says National can revitalize New Zealand in the post-Covid world. The party has already released some flagship policies, such as a NZ$31 billion ($20 billion) spend on roads and other infrastructure, and Collins says it's working on a plan for safely re-opening the border.

Collins is firmly on the side of farmers in the debate over New Zealand's reliance on dairy exports and the impact cows are having on the environment, such as degrading waterways and making rivers unswimmable.

"The only people who think it's contentious don't understand where the money comes from," she said. The industry is the backbone of the economy, yet dairy farmers are treated "as though they were enemies of the state."

Scandals
National is on the back foot after one of its politicians leaked confidential Covid-19 patient details, while another resigned amid allegations he sent pornographic images to young women.

"It was a couple of backbenchers, most people wouldn't know who they are," said Collins. "It's not like it's a minister," she added in a dig at Ardern, who last week dismissed her Workplace Relations minister over a yearlong affair with a former staffer.

Despite the recent tawdry headlines, Collins insists she'll run a clean campaign. She has a penchant for one-liners and a confident, easy communication style, and says she's looking forward to debating the prime minister when the election campaign begins next month.

Ardern's popularity could be an Achilles Heel, she says.

"One of the things that I've learnt in my time in politics is not to get too carried away with everything," she said. "This is a great danger for the current prime minister -- lots of adulation and people telling you how good you are can very quickly become, let's say, unhelpful."

National won the biggest share of the vote in the 2017 election and only lost to Ardern because she was able to win the support of smaller parties.

New Zealand's German-style electoral system lends itself to coalitions, and National will need partners if it is to regain the government benches.

It can rely on the small, libertarian ACT Party but has ruled out working with the populist New Zealand First. There is also little chance of National teaming up with the Greens, who are staunchly allied to Labour.

Collins concedes her path to power won't be easy but says she's relishing the contest ahead.

"It's always difficult to remove and replace a first-term government of any ilk," she said. "I love a challenge."