Under the terms of his release, he is forbidden from contacting people who could be involved in his case, including Nissan executives. 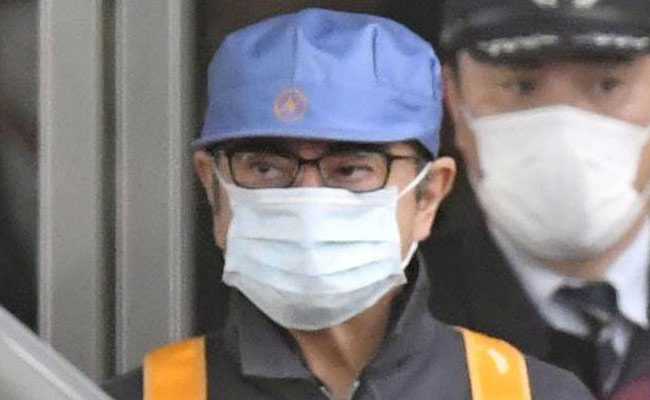 Carlos Ghosn was released on March 6 on bail of nearly $9 million.

A Japanese court on Monday barred Carlos Ghosn from attending a Nissan board meeting, as the bailed former chairman prepares his defence against charges of financial misconduct.

Nissan removed Ghosn as chief shortly after his shock arrest in November, but he cannot be officially removed from his seat on the board without an extraordinary shareholders' meeting -- expected to take place on April 8.

"Mr Ghosn requested to attend the board meeting but the court did not approve his attendance," the Tokyo District Court said in a statement.

The Japanese carmaker is holding a board meeting on Tuesday in Yokohama, near Tokyo.

And Ghosn's lawyer Junichiro Hironaka said earlier Monday that his client "had a duty" to attend the board meeting and wanted to do so -- if the court gave the green light.

Ghosn was released on March 6 on bail of nearly $9 million.

Under the terms of his release, he is forbidden from contacting people who could be involved in his case, including Nissan executives likely to attend board meetings, such as CEO Hiroto Saikawa.

Other conditions of Ghosn's bail include living in a residence monitored from outside by camera. He can only access a non-internet connected computer at his lawyer's office.

The former high-flying auto tycoon stepped out of a Tokyo detention centre after more than 100 days.

He faces three charges of financial misconduct over allegations he under-reported his compensation and sought to transfer personal losses to Nissan's books.

At the height of his powers, Ghosn ran a three-way car alliance between Nissan, Renault and Mitsubishi Motors that outsold all rival groups.

But his arrest exposed rifts between the Japanese and French manufacturers and he claimed in an interview with AFP his detention was a "story of betrayal" as Nissan wanted to avoid closer integration with Renault.

The two firms have since been at pains to present a united front and new Renault boss Jean-Dominique Senard will appear with Saikawa at a news conference in Tokyo on Tuesday after the Nissan board meeting.

According to sources close to the Alliance, a new structure will be created to combine Renault, Nissan and Mitsubishi Motors.

This structure will replace the current organisation that brings together Nissan and Renault, which is headquartered in Amsterdam.

The up-and-down saga of Ghosn has gripped Japan and the business world ever since Japanese prosecutors stormed his private jet at a Tokyo airport on November 19 brandishing accusations of serious financial malpractice.

To general surprise, he was accorded bail last week ahead of his trial, which could take several months to organise given the complexity of the case and the need to translate documents.

In yet another twist in the tale, Ghosn emerged from the detention centre in a labourers' outfit complete with cap and mask in an apparent -- and ultimately vain -- attempt to give the media the slip.

One of his lawyers, who apparently came up with the scheme, later apologised for "tainting" the tycoon's reputation.

Since his release, media have tracked down his residence and followed his every step, even pursuing him to a central Tokyo park at the weekend when he went for a stroll with his family.