There were no immediate reports of injuries after the eruption of Mount Otake in Kagoshima prefecture, according to Kyodo. 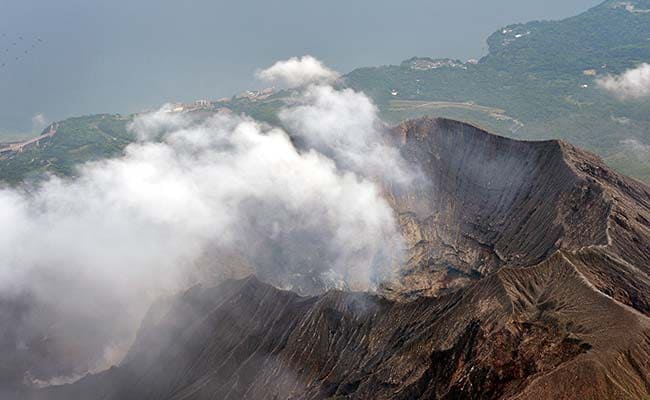 Japan, with scores of active volcanoes, sits on the so-called Pacific "Ring of Fire" (Representational)

Japan issued an alert on Friday after a volcano in the southwest of the country erupted, jettisoning large rocks hundreds of metres away from the crater, Kyodo news agency reported.

There were no immediate reports of injuries after the eruption of Mount Otake in Kagoshima prefecture, according to Kyodo.

The Japan Meteorological Agency set the alert level at three -- on a scale of five, where five triggers evacuation -- to restrict access to the area around the mountain after the eruption around 2:00 am (1700 GMT Thursday).

Multiple initial "explosions" had taken place at the crater on Thursday, the agency said, cited by Kyodo.

The agency warned large rocks hurled from the volcano could land within a two kilometre (1.2 mile) radius.

A similar eruption took place at Mount Otake in March, with the meteorological agency also issuing a level-three alert at the time.

Japan, with scores of active volcanoes, sits on the so-called Pacific "Ring of Fire", where a large proportion of the world's earthquakes and volcanic eruptions are recorded.

Tuberculosis Deaths On Rise Again Globally Due To Covid: WHO