Japan Has A Worrying Number Of Virgins, Government Finds 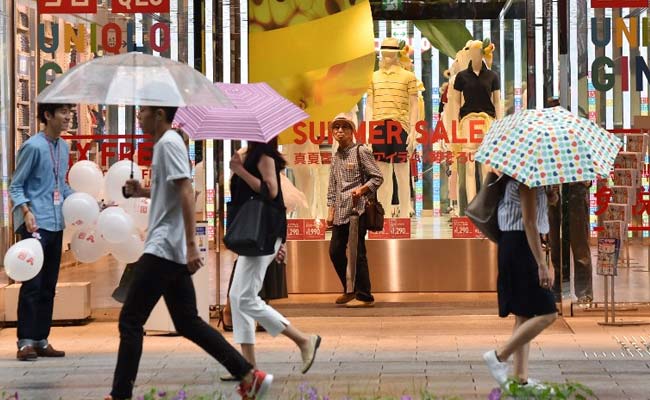 Around 42 percent of men and 44 percent of women admitted that they were virgins, according to a survey

Japan's demographic challenges are well-known: It's home to the world's oldest population and has a shrinking birthrate and an astonishing number of single people. And it seems that, despite government efforts to incentivize marriage and child-rearing, things aren't quite trending in the right direction.

The study is carried out by Japan's National Institute of Population and Social Security Research every five years. The organization has noted a marked trend since its first foray on questions of relationships and sex in 1987, when it found that 48.6 percent of men and 39.5 percent of women surveyed were unmarried. In 2010, 36.2 percent of men and 38.7 percent of women in the 18-34 age bracket said they were virgins. The number of children among couples who have been married for between 15 and 19 years averaged a record low this year.

The Japanese government under Prime Minister Shinzo Abe has said it wants to raise the nation's fertility rate from 1.4 to 1.8 by 2025. It's offering better child-care services and tax incentives for married couples, though such programs have yet to bear statistical fruit.

Most people surveyed said they want to get married at some point. It's just not clear when.

"They want to tie the knot eventually. But they tend to put it off as they have gaps between their ideals and the reality," Futoshi Ishii, head researcher for the study, told Japan Times. "That's why people marry later or stay single for life, contributing to the nation's low birthrate."

This is not unique to Japan - in various parts of the developed world, economic uncertainty is reshaping the way millennials and other young people conceive of their sex lives and marital choices. But it's particularly pronounced in the Asian nation, where experts and government officials have spent the better part of a decade fretting over the country's population decline and, as WorldViews once put it, "sexual apathy."

A booming industry surrounds Japan's growing condition of loneliness, a phenomenon at once quite particular to the Japanese, yet also a glimpse into a future where many people live atomized lives mediated exclusively through personal technology.

There was one clearly positive indicator in the survey: For the first time, the proportion of women returning to work after having their first child in Japan's once notoriously patriarchal society exceeded 50 percent.

(This story has not been edited by NDTV staff and is auto-generated from a syndicated feed.)
Comments
Japanworld's oldest populationvirginityJapan's National Institute of PopulationShinzo AbeJapanese population