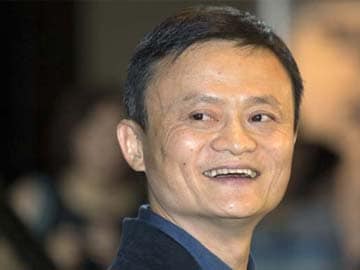 Shanghai: The largest stock offer in history has made Jack Ma, founder of e-commerce giant Alibaba, China's richest person with a fortune of $25 billion, an annual wealth ranking in the world's second largest economy that showed on Tuesday.

"It has been an amazing year for China's best tycoons despite the jitters about the Chinese economy," said China-based luxury magazine publisher Hurun Report in its annual rich list.

Mr Ma reaped more than $800 million selling shares in the company he set up 15 years ago as Alibaba listed on the New York Stock Exchange on Friday, based on company filings, with the value of his remaining stake of 7.8 percent surging to more than $17 billion by Monday.

Last year, the estimated wealth of the former English teacher turned Internet entrepreneur was just over $4.0 billion, which did not even place him in the top 20.

But only one other Alibaba co-founder, now vice president of its China investment team Simon Xie, made the rich list, Hurun Report said.

Property tycoon Wang Jianlin, whose Wanda company bought US cinema chain AMC Entertainment, dropped to second place from first last year with a fortune of $24.2 billion as the deflating of China's real estate bubble chased most developers out of the top 10.

Completing the top five was Pony Ma of Tencent, operator of China's most popular instant messaging application WeChat, with $18.1 billion.

Rounding out the top 10 were father and son team Yan Jiehe and Yan Hao of road-builder China Pacific Construction in seventh position and another real estate mogul, Yan Bin of Reignwood in eighth.

China's real estate and infrastructure industries have been hit by the slowing economy.

Promoted
Listen to the latest songs, only on JioSaavn.com
The economy grew an annual 7.7 percent in 2013, the same as in 2012 which was the slowest rate of expansion since 1999. Gross domestic product growth was 7.5 in the second quarter this year.

Still, Hurun Report said the number of US dollar billionaires in China hit 354 this year, up 39 from last year.
Comments
ShanghaiAlibaba