Italy's "Second Most Dangerous Man" Arrested After 14 Years On Run

Marco Di Lauro, 38, was arrested without a fight at a modest apartment where he lived with his wife in the Chiaiano district in southern city Naples, police said. 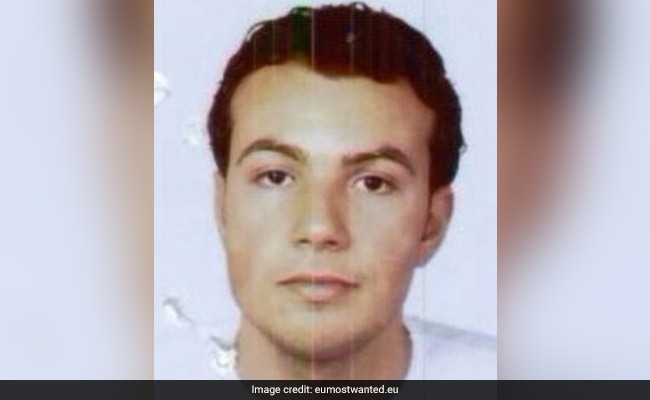 Di Lauro, 38, was arrested without a fight at a modest apartment where he lived with his wife in the Chiaiano district in southern city Naples, police said.

He was sitting with his two cats and eating pasta when police arrested him in an operation involving around 150 officers.

Police allowed Di Lauro to change his clothes and freshen up before taking him away, local media reported. He voiced concern for the fate of his cats.

Police found no weapons and a small sum of money in the flat.

An international arrest warrant was issued for Di Lauro in 2006, and he was one of Italy's four most-wanted criminals, according to the interior ministry website.

Italian media said he was considered the second most dangerous man in Italy, after Sicilian Mafia boss Matteo Messina Denaro.

Photos in Italian media showed Di Lauro wearing a long-sleeved T-shirt being brought to the police station in Naples by car, with a police helicopter overhead.

Around 100 people including police gathered outside shouting "well done, well done", according to television images.

Prime Minister Giuseppe Conte tweeted his thanks to the police for the arrest of the "super fugitive".

The high-profile arrest was reportedly linked to the murder earlier in the day of the wife of a man linked to Di Lauro, Salvatore Tamburrino.

She was found dead at her parents' home in Naples where she had gone to live after her relationship with Tamburrino deteriorated, local media reported.

Police chief De Iesu refused to confirm or deny a link between the murder and Di Lauro's arrest.

Di Lauro had been on the run since he escaped a massive police swoop in 2004 known as the "night of the handcuffs".

An informant said in 2010 that Di Lauro was responsible for at least four murders.

Marco's father Paolo Di Lauro was head of the Camorra clan that operates in Naples' impoverished Scampia and Secondigliano neighbourhoods.

He has been in prison since 2005, and Marco had reportedly taken over running the much-weakened clan.

At least 130 people were killed in a bloody power struggle there after the Amato-Pagano clan split from the Di Lauro clan in 2004.

Marco Di Lauro, reportedly known within the family by the code F4 for "fourth son", had nine brothers and one sister.

All the brothers are now either in prison or dead, Italian newspapers reported.