"It Was Not Us": France, US Deny Deadly Missile Strike On Syria Air Base

The Syrian Observatory for Human Rights said "at least 14 fighters" were killed after the Tayfur air base was hit by "several missiles". 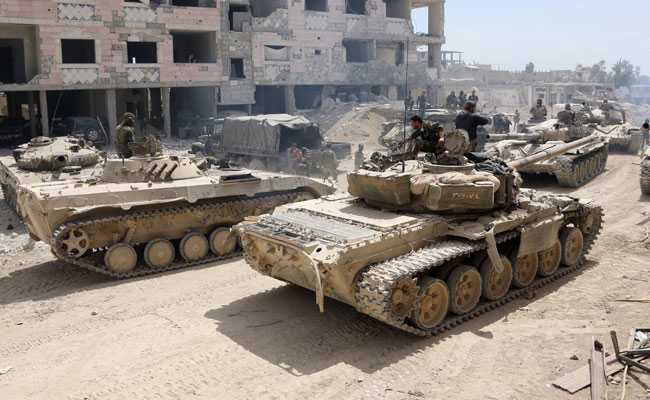 Paris: France did not carry out a missile strike on a Syrian government air base early Monday that reportedly killed several people, the French army said.

"It was not us," armed forces spokesman Colonel Patrik Steiger told AFP.

The US also denied staging the strike.

Syrian state news agency SANA said the Tayfur air base was hit by "several missiles" that left a number of dead and wounded, without giving exact casualty numbers.

The Syrian Observatory for Human Rights, a Britain-based war monitor, said "at least 14 fighters" were killed, including Iranian forces allied to the regime of President Bashar al-Assad.

The assault came after the US and France vowed a "strong, joint response" to a suspected chemical attack at the weekend that left dozens dead in Syria's rebel-held town of Douma.

Promoted
Listen to the latest songs, only on JioSaavn.com
In a phone call Sunday US President Donald Trump and his French counterpart Emmanuel Macron condemned the "horrific" attack and said the Assad regime "must be held accountable for its continued human rights abuses," according to the White House.