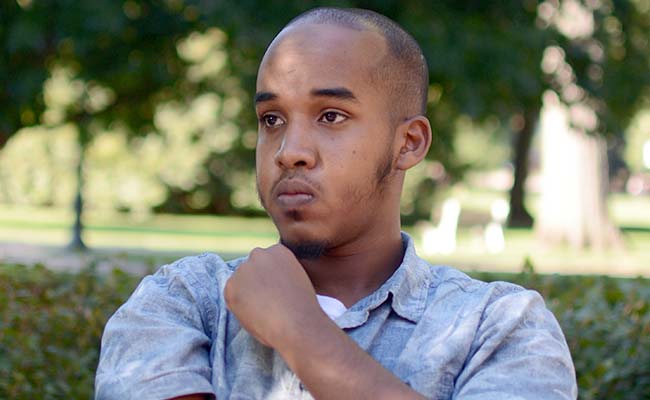 Abdul Razak Ali Artan was shot by a police officer after he drove his car into a crowd of pedestrians.

Washington, United States: The Somali student who wounded 11 people in a car-ramming and knife attack on an Ohio university campus was a "soldier" of the ISIS group, a jihadist-linked news agency said Tuesday.

"The executor of the attack in the American state of Ohio is a soldier of the Islamic State," the Amaq agency quoted an insider source as saying, according to a translation by the SITE monitoring group.

"He carried out the operation in response to calls to target citizens of international coalition countries."

Identified as a student at Ohio State University, Abdul Razak Ali Artan was shot dead by police on Monday moments after he drove his car into a crowd of pedestrians and attacked them with a butcher knife.

According to US media, Artan's family arrived in the United States from Somalia via Pakistan in 2014. He was studying at OSU as a third-year transfer student of logistics management.

In an interview a few months ago with student newspaper The Lantern, Artan had complained of the lack of Muslim prayer rooms on campus.

"If people look at me, a Muslim praying, I don't know what they're going to think, what's going to happen," he said.

US media reported that a Facebook page thought to belong to him -- since taken offline -- included grievances against the United States.

"I can't take it any more. America! Stop interfering with other countries, especially the Muslim Ummah. We are not weak. We are not weak, remember that," a post quoted by ABC television said, using a term referring to the global community of Muslims.

"If you want us Muslims to stop carrying (out) lone wolf attacks, then make peace," the post reads. "We will not let you sleep unless you give peace to the Muslims."

Artan also referred to Anwar al-Awlaki, a US-born Al-Qaeda cleric killed in a US drone strike in Yemen, as a hero in the posting.

Promoted
Listen to the latest songs, only on JioSaavn.com
Ohio is home to the second largest Somali community in the United States, numbering around 38,000 in in the Columbus area alone, according to the state's Somali community association.

The country's largest Somali community, in Minnesota, was rocked when one of its members stabbed 10 people at a mall in September. ISIS later claimed the attacker was a jihadist "soldier," the same claim as for Artan.