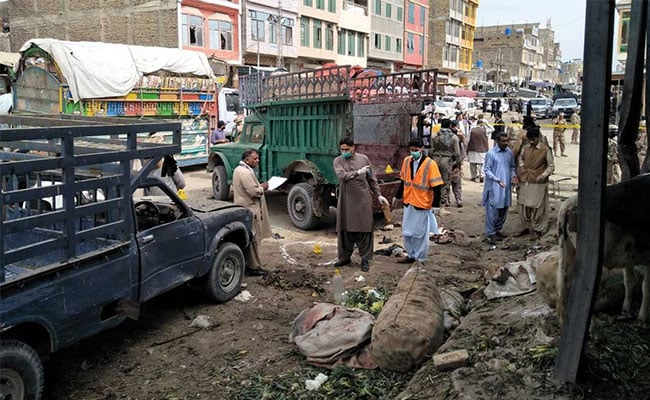 The attack by the ISIS killed atleast 18, mainly targeting the minority Shi'ite Muslim

The group released a photograph of the bomber along with his name on Saturday and said the attack targeted Shiite Muslims.

On Friday, a little known faction of the Pakistani Taliban claimed responsibility for the blast, saying it collaborated with Lashkar-e-Jhangvi (LeJ), which has been behind numerous bloody attacks on Shiite Muslims in Pakistan.

Pakistani officials deny Islamic State group (ISIS) is present in the country, but the group has claimed a number of attacks in the past.

Ethnic Hazara make up most of the Shiite population in Quetta, the capital of southwestern Balochistan province - the country's largest and poorest region, rife with ethnic, sectarian and separatist insurgencies.

The Hazara peoples' Central Asian features make them easily recognisable and they are a soft target for Sunni terrorists, who consider them heretics.

They are so frequently targeted they are forced to live in two protected enclaves in the city and are given a daily police escort to the market to stock up on supplies.

Dozens of people including women and children belonging to the Hazara community continued a sit in on one of the city's major roads on Saturday, demanding the arrest of those behind the bombing.

Amnesty International, in a statement Friday said the blast was a "painful reminder" of the many attacks suffered by the Hazara community in Quetta over the years.

It also called for the government of Prime Minister Imran Khan to give them better protection.

"Each time, there are promises that more will be done to protect them, and each time those promises have failed to materialize," wrote Omar Waraich, Amnesty's deputy director for South Asia.

Violence in Pakistan has dropped significantly since the country's deadliest-ever militant attack - an assault on a school in the northwestern city of Peshawar in 2014 that killed more than 150 people, most of them children.