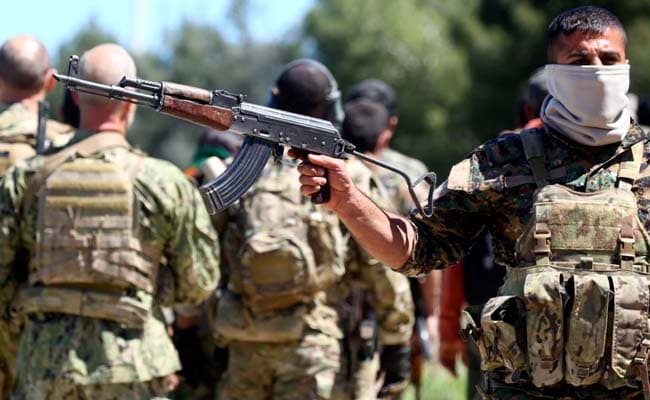 Beirut: The Syrian Army said on Wednesday it had killed ISIS "minister of war" among other senior figures in the group in operations east of the northern city of Aleppo.

A Syrian military source cited by Syrian state media identified the war minister as Abu Musab al-Masri, without saying exactly when or where he was killed.

He was named among 13 senior ISIS figures killed in Syrian army operations east of Aleppo, including men identified as Saudi and Iraqi nationals.

A previous ISIS minister of war, Abu Omar al-Shishani, was killed last year. The Pentagon said Shishani was likely to have been killed in a US air strike in Syria. The militant group confirmed his death in July but said he had died fighting in the Iraqi city of Shirqat south of Mosul.

Promoted
Listen to the latest songs, only on JioSaavn.com
ISIS faces separate campaigns in northern Syria by the Russian-backed Syrian Army, the US-backed Syrian Democratic Forces, and Turkey-backed rebels fighting under the Free Syrian Army banner.