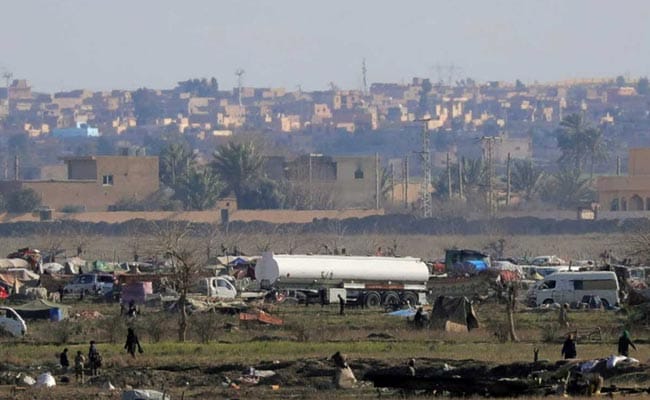 ISIS declared a "caliphate" in June 2014 after seizing a vast swathe of territory. (FILE PHOTO)

The White House said Friday that the ISIS has lost its final territory in Syria -- even as reports of continued fighting came from the battlefield of Baghouz.

Asked by reporters if ISIS had lost 100 percent of its territory, she replied: "Yes."

Trump himself showed reporters maps of the region -- one showing the large areas once held by the group and a second that showed the situation on Friday with no presence.

"There's ISIS, and that's what we have right now," he said, pointing at the two maps.

The White House declaration came after days of bombing and other attacks by Kurdish-led forces to clear the final tiny pockets of resistance by ISIS members in the village of Baghouz, where they made a last stand.

However, a spokesman for the Kurdish-led Syrian Democratic Forces said Friday that despite the White House's assurances, "clashes are ongoing."

US-led coalition warplanes have been supporting local ground forces in the onslaught on Baghouz that began February 9, meeting fierce resistance from the fighters and an unexpectedly large number of civilians hunkered down alongside the fighters.

ISIS declared a "caliphate" in June 2014 after seizing a vast swathe of territory larger than Britain straddling Iraq and Syria.

The loss of the Baghouz enclave would signal the demise of the "caliphate" in Syria, after its defeat in Iraq in 2017.