A heavily armed ISIS suicide bomber stormed a prominent Gurdwara on Wednesday in the heart of Afghanistan''s capital of Kabul, killing 25 Sikhs and injuring eight others. 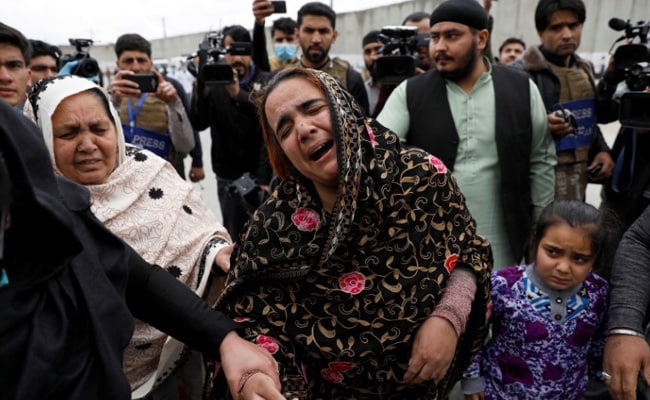 An ISIS suicide bomber stormed a Gurdwara in Kabul killing 25 Sikhs and injuring 8.

Families of Afghan Sikhs killed in a terror attack on a Gurudwara in Kabul said that they are "tired" of living in Afghanistan, urging the government to investigate the attacks on the minority community.

A heavily armed ISIS suicide bomber stormed a prominent Gurdwara on Wednesday in the heart of Afghanistan''s capital of Kabul, killing 25 Sikhs and injuring eight others.

On Thursday, another blast took place near a Sikh crematorium here, injuring a child and disrupting funeral services for the 25 members of the minority community killed in the Gurudwara attack.

The Sikh families cremated the remains of the victims on Thursday and urged the government to investigate the attacks.

Some Sikh citizens said they are "tired of living in Afghanistan", the TOLO News reported.

"We want investigations, our 25 people have been killed," said Dip Singh, a relative of one victim who was killed.

"In which book do you come to attack a mosque and attack a Dharamshala. In what religion does that happen?" Andar Singh, a family member of a slain victim, was quoted as saying.

Wednesday's attack was one of the deadliest targeting the Sikh community in the strife-torn country. Eighty people, including women and children, were rescued from the Gurdwara.

Sikhs have been target of attacks by terrorists before in Afghanistan.
In July 2018, ISIS terrorists bombed a gathering of Sikhs and Hindus in the eastern city of Jalalabad, killing 19 people and injuring 20.