Is Elon Musk Getting Cold Feet? Why He May Be Trying To Pull Out Of Twitter Deal

Elon Musk is a shrewd businessman and a smart negotiator one doesnt become the worlds richest person by just smoking weed. He now likely realizes that going after Twitter is not worth it and he has more to lose than gain from this deal. 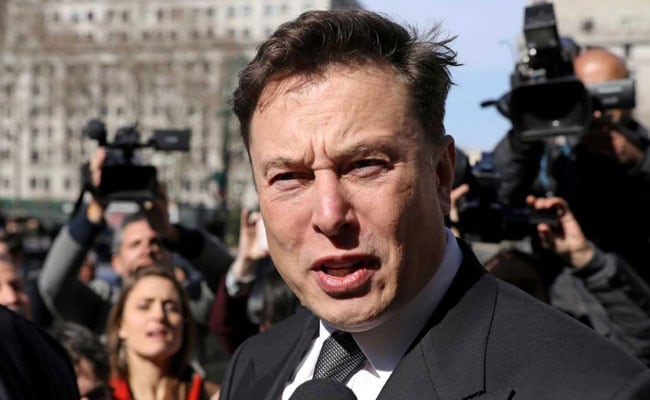 New twists and turns, as Elon Musk raises concerns about Twitter before the deal is complete.

Has Elon Musk developed cold feet? Is he experiencing buyer's remorse? Or is he trying to create drama for the markets, true to his public persona? Or could Musk be negotiating for a better price?

On April 14, Musk announced an offer to pay US$54.20 per share to buy the entire stock of the company. In response, on April 15, Twitter announced a Shareholder Rights Plan, a poison pill to deter Musk from acquiring the company.

On April 21, Musk presented a detailed plan to finance the US$44 billion deal. Importantly, Musk would pay US$21 billion of his own funds that would largely come from the sale of his Tesla stock holdings, and he would further borrow US$13 billion against his Tesla holdings. Having seen a concrete financing plan, Twitter's board accepted Musk's offer on April 25.

It should have been happily ever after for Twitter and Musk, but on May 17, Musk expressed concerns that 20 per cent of Twitter accounts are fake, that his offer was based on Twitter's subscriber count being accurate, and that he would not proceed with deal unless there was proof that fewer than five per cent of accounts are fake.

Musk's threat made no sense, because his offer was never about the number of subscribers or about the economics of the deal. After all, Twitter's revenues, cash flows, dividends or profits cannot justify a US$44 billion valuation.

Besides, Musk never made his calculations based on price per subscriber multiplied by Twitter's subscriber count. His move was primarily about what he wanted to make of Twitter. Or it may have been a vanity purchase: acquiring a modern-day newspaper, like many rich people do (Jeff Bezos owns the Washington Post and Rupert Murdoch owns the Wall Street Journal).

So, what happened since his earlier announcements? In my opinion, two factors changed Musk's mind. First, a meltdown in technology stocks, particularly media stocks, meant that Twitter as a standalone company was no longer as valuable as it was in early January.

Second, Tesla's shareholders were shaken by Musk's moves. They became worried that Musk would spend his time changing Twitter, instead of paying undivided attention to championing electric vehicles. They must also be worried about their highly indebted CEO, who now plans to sell or pledge Tesla's shares to indulge his personal whims. Tesla's stock fell from US$1,091 on April 5, when Twitter announced Musk's joining the board of directors, to US$728 on May 17, just before Musk questioned Twitter's subscriber count.

This price drop amounts to a US$380 billion loss. Musk owns about 175 million shares in Tesla, which means that he personally suffered a US$64 billion loss, far exceeding the US$44 billion he planned to pay for Twitter.

Musk is a shrewd businessman and a smart negotiator — one doesn't become the world's richest person by just smoking weed. He now likely realizes that going after Twitter is not worth it and he has more to lose than gain from this deal.

In my opinion, he has now started laying the groundwork to pull out from the deal.

It is not easy to simply walk away from a signed deal. While the preliminary merger agreement provides for the possibility of a breakup, it can happen only under specified circumstances. In this situation, Musk must pay US$1 billion as a termination fee.

In addition, Twitter may “specifically enforce the obligations under the merger agreement,” meaning that Twitter can enforce the agreement. Indeed, the Twitter board of directors recently indicated that it intends to pursue this option, including with court action.

Where do we go from here? Twitter stock is trading at a 30 per cent discount to Musk's offer price, which means that investors seriously doubt the deal would go through. A protracted legal battle is on the cards. The U.S. Securities and Exchange Commission would become even more cautious in future deals with Musk.

Musk has already suffered financial losses, and his reputation has taken a hit. He mocked executives at Twitter with a wave of abusive tweets.

This is a huge fall from grace for Musk, who in 2021 was named TIME Magazine's person of the year.

As far as Twitter is concerned, my advice would be to collect the US$1 billion termination fee from Musk and move on. By pursuing a protracted legal battle, Twitter would lose employees and subscribers.

Disclosure statement: Anup Srivastava does not work for, consult, own shares in or receive funding from any company or organisation that would benefit from this article, and has disclosed no relevant affiliations beyond their academic appointment.