Describing the scene as "absolute devastation," the prime minister of Antigua and Barbuda said hurricane Irma, which also snapped a telecoms tower, had caused estimated damage of some $150 million. 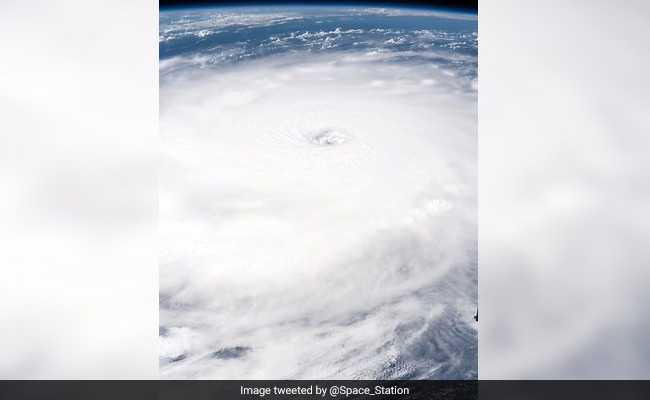 Irma is expected to have caused damages worth $150 million

San Francisco: Hurricane Irma left a trail of "absolute devastation" as it tore across the tiny Caribbean island of Barbuda on Wednesday with 185-mile-per-hour (295-kph) winds, destroying houses, snapping trees and killing at least one person.

Gaston Browne, the prime minister of the two-island nation of Antigua and Barbuda, described the island as "barely habitable" after the powerful Category 5 storm struck early on Wednesday.

Series of videos posted by NASA show the core of Hurricane Irma along with the eye of the what they describe as 'extremely dangerous' Hurricane. The International space station's external cameras captured a dramatic view of a landfall that the Hurricane made in the Caribbean yesterday. NASA's official handle on Hurricane also posted satellite images of the storm and its course.

Hurricane #Irma is maintaining it's strength with maximum sustained winds of 185 MPH. The eye is approaching the island of Barbuda. #GOES16pic.twitter.com/85fHMLVr5H

"This rebuilding initiative will take years," Browne told local ABS Television Radio after a visit to the island, where he confirmed that one person died in the storm.

Describing the scene as "absolute devastation," he said the storm, which also snapped a telecoms tower, had caused estimated damage of some $150 million.

Lying a little over 250 miles (400 km) east of Puerto Rico, Barbuda has a population of 1,800 and is one of the Caribbean's quietest getaways for tourists coming to enjoy its turquoise seas and coral reefs.

The station orbits above Hurricane Irma as it made landfall in the Caribbean Sept. 6. pic.twitter.com/Wk1QuFqDfa

Aerial footage of the island after Irma had passed through showed a desolate, flooded landscape shorn of trees and foliage with overturned vehicles and scattered debris.

An island resident who identified himself as King Goldilocks, 60, said he had been left homeless.

"Last night was the worst night of my life," Goldilocks said on ABS, wearing a raincoat and clutching a cane. "We had minimal loss of life but we had maximum damage."

Promoted
Listen to the latest songs, only on JioSaavn.com
Browne, who said earlier the damage had not been serious on Barbuda, about 30 miles (48 km) from Antigua, changed his mind after taking a helicopter to the island once the winds died down.

He said Barbudan residents should be evacuated if a second hurricane, Jose, turns toward the islands later this week. Jose is forecast to become a major storm and pass close to Antigua and Barbuda on Saturday.