Labourers and bulldozers on Monday could be seen removing rubble and twisted metal from the gutted ruins of the National Insurance Company in the city's west. 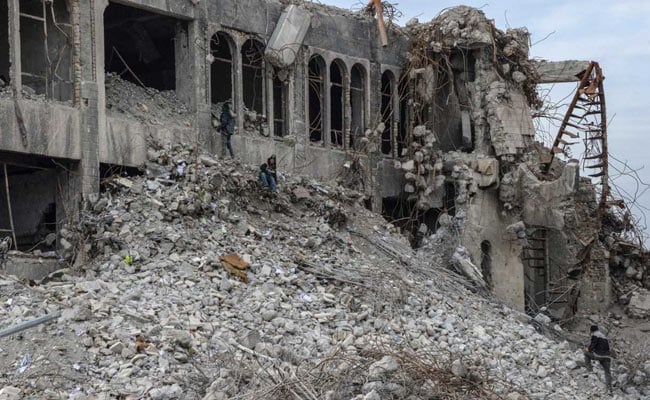 Authorities in Mosul have begun demolishing a onetime icon of modern Iraqi architecture used by the ISIS to throw men accused of being gay to their deaths.

Labourers and bulldozers on Monday could be seen removing rubble and twisted metal from the gutted ruins of the National Insurance Company in the city's west.

It was designed by celebrated Iraqi architect Rifat Chadirji in the 1960s but became infamous under IS, which used the seven-storey structure to kill young men it said had violated Islamic law by being gay.

The building was then ravaged by the months-long fight to oust IS from Mosul, which ended in the summer of 2017.

"It's prone to collapse because of the rockets, shelling, and explosions that hit it and destroyed large parts of it," Mohammad Jassem, a municipal official representing Mosul's nearby Old City, told AFP.

"A committee was formed to study the building and assessed it was no longer viable, and that any restoration at this stage would be futile."

He said discussions were ongoing to demolish other buildings damaged in the fighting, including Mosul's branch of the central bank and the Nineveh governorate.

The NIC building had been regarded as a prime example of modern Iraqi design. It featured rows of slim archways and projected windows reminiscent of Iraq's famous "shanasheel".

Its designer, Chadirji, has been dubbed the "father" of Iraqi architecture and is also behind striking buildings in Baghdad.

Last year, Iraqi cellist and conductor Karim Wasfi played a concert in front of what remained of the NIC building as part of a peace initiative for the city. 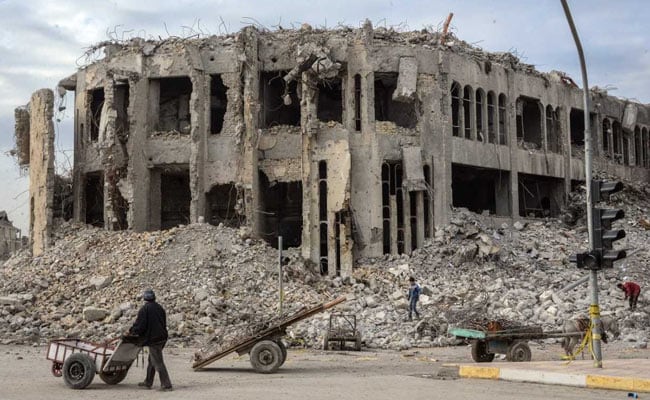 Now, about a month after demolition work began, only three floors remain. Chunks of concrete and metal wires hang off its edges, grazing the growing mounds of rubble around it.

Its destruction has divided Moslawis.

"This building is extremely important architecturally as it's one of the modern icons of the city and of its recent history," said resident Abu Mahmud, 33.

"So the relevant authorities should have kept it this way, as a witness to the ugliness of Daesh's crimes against Mosul," he told AFP, using the Arabic acronym for IS.

But Samira Ali, another resident, disagreed.

"I hope this building is removed and that a garden or museum is erected in its place," she told AFP.

"It's a terrifying sight. It reminds me of the death penalty Daesh would mete out against innocent people by throwing them off the roof."

Ghada Rzouki, an architecture professor at the University of Baghdad, said the NIC building represents Iraq's "age of modernity" but was superceded by Mosul's other cultural gems.

"I was born in Mosul. In my view, there are many other religious and heritage sites that no one is paying attention to but which should be protected," she said.

Another local official told AFP a new government building would likely be erected on the same plot of land but that there had been no plans to set up a memorial to victims of IS crimes there.

The NIC building lies near Mosul's Old City, which was ravaged by fighting and where the UN's heritage agency UNESCO is undertaking some restoration work.