"Some of the investigations carried out by Iraqi authorities provided important indications that Israel was behind some of these attacks," Prime Minister Adel Abdel Mahdi said 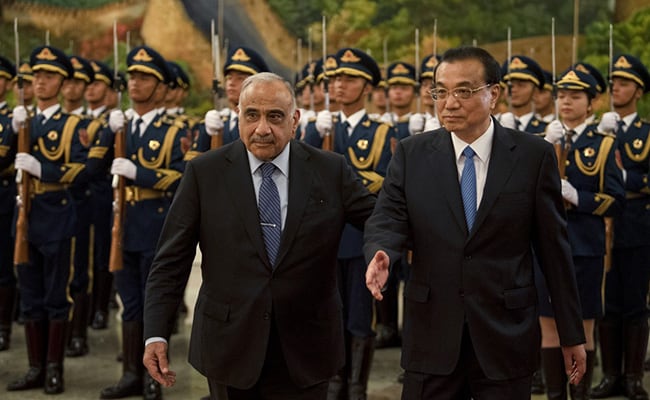 Iraq's premier has said for the first time that his government had "indications" Israel was behind some attacks on paramilitary bases this summer, but stopped short of making an explicit accusation.

The Hashed al-Shaabi force has blamed the series of explosions at its bases and arms depots on Israel and the US, but the central government had so far said it was still investigating.

In a first, Prime Minister Adel Abdel Mahdi told Al-Jazeera television in an interview aired Monday that those investigations were nearing a conclusion.

"Some of the investigations carried out by Iraqi authorities provided important indications that Israel was behind some of these attacks," he said, in excerpts of the interview seen by AFP.

Abdel Mahdi said he had even "heard from the Americans" that Israel was involved but that his government still lacked "tangible evidence".

The blasts at five Hashed bases have been a threat to Baghdad's precarious balancing act between its two main allies, Washington and Tehran.

Top Hashed officials said the US was broadly "responsible" but specifically blamed Israeli drones for an August 25 strike that killed a Hashed fighter near Iraq's western border with Syria.

The Pentagon has denied responsibility and said it is cooperating with Iraq's investigations, while Israel has neither confirmed nor denied involvement.

The Iraqi government had thus far said it was studying evidence of foreign involvement, and even last week Abdel Mahdi told reporters there was no conclusive proof.

But MP Ahmad al-Assadi said Friday that he and fellow parliamentarians were briefed on Israeli involvement by Faleh al-Fayyadh, the premier's national security advisor and head of the Hashed.

"He told us that the investigative committees proved that at least three of the incidents were external attacks, including two by Israel," he told news agency AFP.

Assadi, who is also a leading Hashed official, said he did not know why the government had not made those results public.

The Hashed was established in 2014 from mostly-Shiite armed groups and volunteers to fight the Islamic State group, and is now formally part of Iraq's armed forces.

The US and Israel fear some units are an extension of their arch-foe Iran and have been equipped with precision-guided missiles.

Israel has admitted to carrying out hundreds of strikes on pro-Iran paramilitary units in neighbouring Syria, which added fuel to suspicions it was behind those in Iraq.

Last month, Iraq's foreign ministry threatened to submit a complaint to the United Nations once the investigations were complete.

(Except for the headline, this story has not been edited by NDTV staff and is published from a syndicated feed.)
Comments
Iraq PM Adel Abdel MahdiIraq-Israel tensions