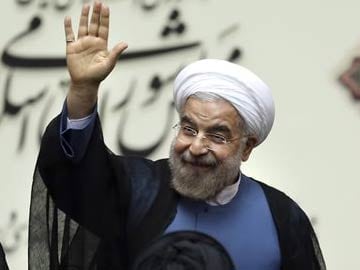 Vienna: Iran will "immediately" export more crude oil once sanctions are lifted in the wake of the international deal to roll back its nuclear programme, the country's oil minister said Tuesday.

"Immediately we can" return to full export capacity of four million barrels per day, Iran Oil Minister Bijan Zanganeh told reporters ahead of OPEC's meeting on oil production in Vienna on Wednesday.

"We have no technical difficulties to expand our exports and to return to four millions barrels a day oil output," he said, noting however the presence of "political" obstacles.

"We believe it is our right to increase our exports," the minister added.

World powers - the five permanent members of the United Nations Security Council and Germany known as the P5+1 - last month reached a historic deal with Iran on its disputed nuclear programme.

Pending negotiations for a broader agreement, the Islamic state agreed to freeze parts of its programme in exchange for an estimated $7.0 billion of relief from crippling sanctions.

Iranian crude oil exports have been slashed to about 1.2 million barrels per day from 2.5 million bpd in 2011, according to Zanganeh.

"I hope we gradually increase our export based on the agreement signed between Iran and 5+1 but in this stage we have no change in exports," he added on Tuesday.

In Tehran, the foreign ministry said Iran was to hold new talks with major powers on its nuclear programme next week, buoyed by the landmark interim deal reached last month.

The talks will be joined by representatives of the UN nuclear watchdog, which is charged with overseeing implementation of the deal under which Iran agreed to roll back parts of its programme in return for limited relief from Western sanctions, ministry spokeswoman Marzieh Afkham said.

Promoted
Listen to the latest songs, only on JioSaavn.com
Under the deal Washington committed to "refrain from imposing new nuclear-related sanctions" for the six months during which world powers will seek to hammer out a comprehensive settlement.