US President Donald Trump has called the 2015 deal an "embarrassment". The deal is supported by the other major powers that negotiated it with Iran and its collapse could trigger a regional arms race and worsen tensions in the Middle East. 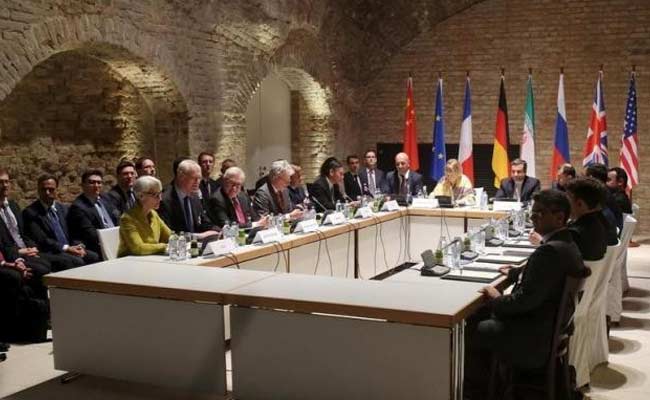 ANKARA: Iran may abandon the nuclear deal it reached with six major powers if the United States decides to withdraw from it, Iranian foreign minister told Qatar's al Jazeera TV in New York.

US President Donald Trump has called the 2015 deal an "embarrassment". The deal is supported by the other major powers that negotiated it with Iran and its collapse could trigger a regional arms race and worsen tensions in the Middle East.

"If Washington decides to pull out of the deal, Iran has the option of withdrawal and other options," al Jazeera TV wrote on its Twitter feed, quoting Mohammad Javad Zarif.

"Washington will be in a better position if it remains committed to the deal," the network quoted Zarif as saying.

Al Jazeera deleted an earlier tweet citing Zarif as saying that if Washington withdrew from the deal Iran would do so too, rather than just having the option to do so, after an Iranian official said Zarif had been misquoted.

Trump is considering whether the accord serves US security interests. He faces a mid-October deadline for certifying that Iran is complying with the pact.

A State Department official said Washington would not comment on every statement by an Iranian official.

"We are fully committed to addressing the totality of Iranian threats and malign activities," the official said.

Iranian authorities had repeatedly said Tehran would not be the first to violate the agreement, under which Tehran agreed to restrict its nuclear program in return for lifting most international sanctions that had crippled its economy.

Promoted
Listen to the latest songs, only on JioSaavn.com
The prospect that Washington could renege on the deal has worried some of the US allies that helped negotiate it. French President Emmanuel Macron said last week that there was no alternative to the nuclear accord.

If Trump, who has called the accord "the worst deal ever negotiated", does not recertify it by Oct. 16, Congress has 60 days to decide whether to reimpose sanctions suspended under the accord.
© Thomson Reuters 2017
Comments
Al JazeeraIran dealIran-US ties