In a live televised speech, Ayatollah Ali Khamenei raised the prospect of the two Western countries, long-time adversaries of the Islamic Republic, possibly seeking to spread the infection to other countries. 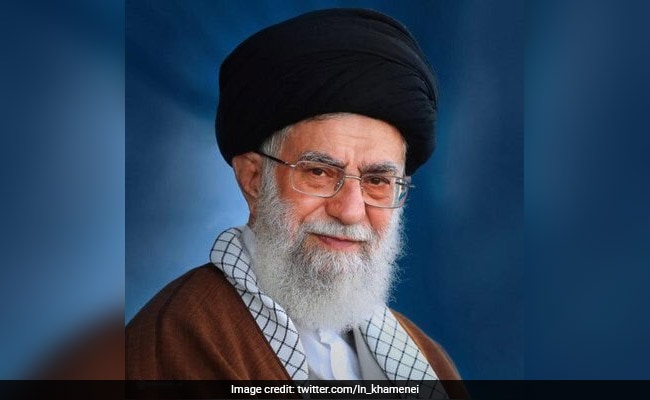 Ayatollah Ali Khamenei said it's not unlikely US, UK would want to contaminate other nations

Iran's Supreme Leader on Friday banned the government from importing COVID-19 vaccines from the United States and Britain, labelling the Western powers "untrustworthy", as the infection spreads in the Middle East's hardest-hit country.

In a live televised speech, Ayatollah Ali Khamenei raised the prospect of the two Western countries, long-time adversaries of the Islamic Republic, possibly seeking to spread the infection to other countries.

He added however that Iran could obtain vaccines "from other reliable places". He gave no details, but China and Russia are both allies of Iran.

"Imports of U.S. and British vaccines into the country are forbidden ... They're completely untrustworthy. It's not unlikely they would want to contaminate other nations," said Khamenei, the country's highest authority.

"Given our experience with France's HIV-tainted blood supplies, French vaccines aren't trustworthy either," Khamenei said, referring to the country's contaminated blood scandal of the 1980s and 1990s.

Tensions between Washington and Tehran have risen since 2018, when President Donald Trump abandoned Iran's 2015 nuclear deal and reimposed sanctions to pressure Tehran into negotiating stricter curbs on its nuclear program, ballistic missile development and support for regional proxy forces.

In retaliation for U.S. sanctions, which were lifted under the nuclear deal, Tehran has gradually violated the accord. U.S. President-elect Joe Biden, who takes office on Jan. 20, has pledged to rejoin the agreement, if Tehran also returns to full compliance.

Khamenei said Tehran was in no rush for the United States to re-enter the deal, but that sanctions on the Islamic Republic must be lifted immediately.

Iran's utmost authority, Khamenei ruled out any talks over Tehran's missile programme and Iran's involvement in the Middle East, as demanded by the United States and some other major powers.

The West sees Iran's missiles both as a conventional military threat to regional stability and a possible delivery mechanism for nuclear weapons should Tehran develop them.

But Iran, which has one of the biggest missile programmes in the Middle East, regards the programme as an important deterrent and retaliatory force against U.S. and other adversaries - primarily Gulf Arabs - in the region in the event of war.