President Joko Widodo had granted an amnesty to Baiq Nuril Maknun after she had exhausted all other legal avenues in the controversial case. 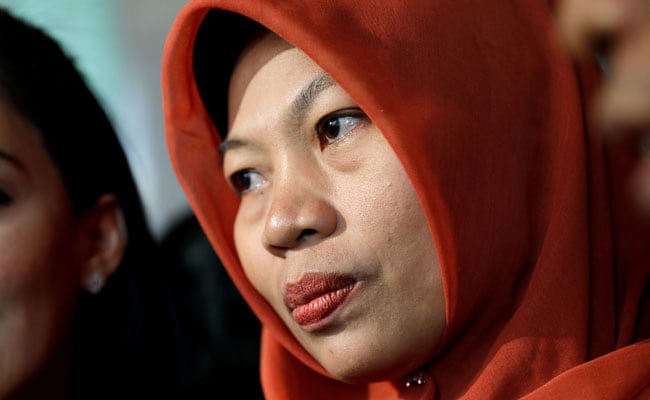 Indonesia's parliament approved on Thursday an amnesty for a woman who was jailed after recording lewd phone calls from her boss in a case that has caused outrage and warnings that it could discourage victims of sexual abuse from speaking out.

President Joko Widodo had granted an amnesty to Baiq Nuril Maknun after she had exhausted all other legal avenues in the controversial case.

Parliament's approval was met by loud applause as the tearful mother of three who was in the chamber covered her face with her hands before kissing the ground.

Erma Suryani Ranik, a member of parliament, read a statement confirming the decision and said in this case "Baiq Nuril was the real victim, instead of the perpetrator".

Maknun, who had been working at a school on the island of Lombok, recorded some parts of lewd telephone calls from the school's principal without his knowledge in 2012 after complaining of sexual harassment.

She then gave a recording to a third person, and distributed it on an electronic device, which resulted in the principal losing his job, court documents showed.

In 2015, the principal reported Maknun to police, which resulted in her being prosecuted under laws targeting the electronic distribution of pornographic material.

Although the case was dismissed by a lower court, prosecutors took it to the Supreme Court and Maknun was jailed for six months and given a 500 million rupiah ($36,000) fine.

Sri Nurherwati of the National Commission on Violence Against Women said while the amnesty may have lifted Maknun's punishment it would do little to tackle the issue of sexual harassment in Indonesia.

There have been a number of high profile cases in Indonesia in recent years that activists say show how victims are often being penalised for speaking out about sexual harassment.

Indonesia is the world's most populous Muslim-majority country and is predominantly conservative.

While some women have recounted experiences of sexual harassment as part of a #MeToo movement, in general, women are less likely to speak out about abuse compared with women in some other countries, activists say.

"We face different risks here when speaking out about anything sexual," said Kartika Jahja, an outspoken artist and rape survivor who has been a strong advocate for gender equality in Indonesia.

"Whether it's sexual violence or being sexually expressive, I think the norms here sort of punish women for doing that," said Jahja.

In an interview ahead of the decision, Maknun told Reuters that if granted an amnesty she intended to take an Umrah Islamic pilgrimage and spend more time with her family after the lengthy time spent fighting the case.

"If (women) suffer from something as I did, please don't be afraid to speak up," Maknun said.