The nation has been running low on palm-based cooking oil since November as producers turn to exports to cash in on an increase in prices around the world. 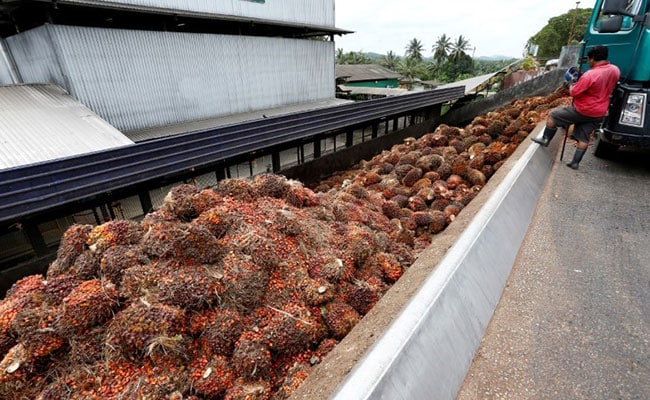 Indonesia will ban exports of palm oil starting next week, its president said Friday, as the world's biggest producer faces a shortage of cooking oil made from the product.

The Southeast Asian archipelago has been running low on palm-based cooking oil since November as producers turn to exports to cash in on an increase in prices around the world.

Authorities now fear the scarcity and soaring prices could provoke social tensions and have moved to secure supplies.

"The government will prohibit the export of raw materials for cooking oil and cooking oil itself... until a deadline to be determined later," President Joko Widodo said in a statement.

"I will continue to monitor and evaluate the implementation of this policy so that cooking oil in the country is abundant at affordable prices," he added.

But the commodity continued to become harder to find at markets and grocery stores, with long queues appearing at many locations.

This week the Attorney General's Office accused an official in the trade ministry of corruption for issuing export permits to palm oil producers when they had not met domestic market obligations.

Palm oil is the most widely used vegetable oil in Indonesia whereas crude palm oil is exported worldwide for a wide range of uses, from cosmetics to chocolate spread.

Vegetable oils are among a number of staple food items that have reached all-time high prices in recent weeks following Russia's invasion of agricultural powerhouse Ukraine, according to the United Nations Food and Agriculture Organization.