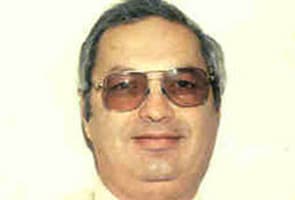 Washington: Indian-American Noshir Gowadia, a former B-2 stealth bomber engineer has been sentenced by a US federal judge to 32 years of imprisonment for selling military secrets to China. Gowadia, 66, has spent the past five years in prison.

"We're a little disappointed she didn't give him a life sentence, that's the sentence that would've sent the best message. But 32 years is stiff and in many ways an appropriate sentence for him," said Ken Sorenson, assistant US attorney.

The sentencing of Mumbai-born Gowadia comes weeks after China conducted a flight test of its new J-20 stealth fighter. He showed no emotion as Chief US District Judge Susan Oki Mollway pronounced the punishment yesterday.

Prosecutors alleged that Gowadia helped design an exhaust nozzle for China that gives off less heat, making it difficult for enemy infrared detectors to track the missile for which he got USD 110,000 over two years.

A US federal jury in August convicted Gowadia of 14 counts, including conspiracy, communicating national defense information to aid a foreign nation, and violating the arms export control act.

"We believe very strongly that he's innocent and we very much look forward to the appeals process in the 9th circuit," Gowadia's son, Ashton was quoted as saying by the local KHON2 news channel.

According to court papers, Gowadia hid the proceeds from the transactions by directing the payments to secret Swiss bank accounts of foundations he set up in Liechtenstein, the government said in recently filed court documents.

Gowadia worked for Northrup from 1968 to 1986, during which time he helped develop the B-2 bomber's unique propulsion system.

After his employment with Northrup ended, Gowadia continued his relationship with the US military as a private contractor.

However, following some angry dealings with the Air Force and the Los Alamos National Laboratory in 1993, Gowadia began to seek and solicit business internationally, the government says.

Between 2003 and 2005 Gowadia made six secret trips into mainland China and exchanged numerous communications to help Chinese defense engineers design a cruise missile that is able to evade air-to-air, heat-seeking missiles, according the federal indictment against him.
Comments
indo-china relationsindia chinaindia miliitary secrets