Rishi Sunak old video: The video, shared by Kathryn Franklin from Huddersfield in the UK, has notched up three million views. 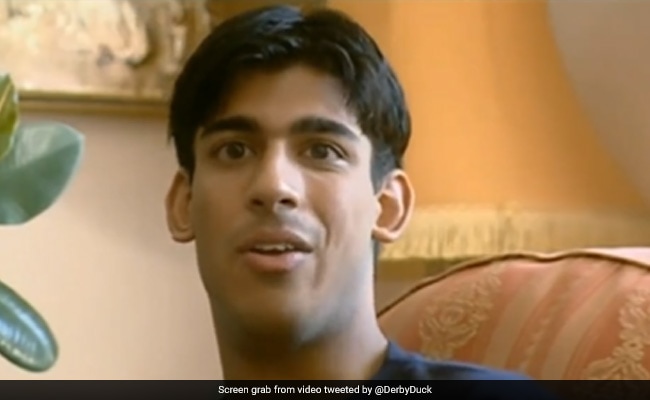 Rishi Sunak, British Indian who has declared his candidacy to become Conservative leader and the nation's next prime minister, has been stung with a two-decade-old clip in which he appears to be saying he did not have working-class friends. The 7-second video in question is in wide circulation now.

The video, shared by Kathryn Franklin from Huddersfield in the UK, has notched up three million views.

The 'People's Chancellor' in the making, 2001 ????@PeterStefanovi2@campbellclaret@allthecitizens@reece_dinsdalepic.twitter.com/t372I9A9F8

Mr Sunak, the Southampton-born MP for Richmond, is married to Akshata Murty, the daughter of Infosys founder NR Narayana Murthy.

Former Finance Minister in the Boris Johnson cabinet, Mr Sunak is seen by the bookmakers Ladbrokes as joint favorite alongside former Defence Secretary Penny Mordaunt. He became hugely popular during the pandemic after crafting a massive package worth tens of billions of pounds to help businesses and workers.

Launching a campaign video to announce his candidacy, the 42-year-old shared the story of his grandmother who boarded a plane to England as a young woman "armed with hope for a better life".

"She managed to find a job. But it took nearly a year to save enough money for her husband and children to follow her," Rishi Sunak said in the video.