In Mecca, Women Set Off On Hajj As 'Guardian' Rule Cast Aside

The hajj ministry has officially allowed women of all ages to make the pilgrimage without a male relative, known as a "mehrem", on the condition that they go in a group. 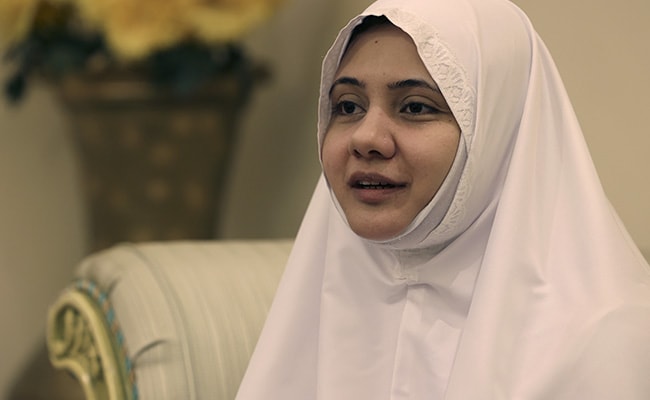 "It's like a dream come true. My childhood dream was to make the hajj," Bushra Shah said.

Bushra Shah, a 35-year-old Pakistani, says she is realising a childhood dream by making the great pilgrimage to Mecca, and under new rules she's doing it without a male "guardian".

The hajj ministry has officially allowed women of all ages to make the pilgrimage without a male relative, known as a "mehrem", on the condition that they go in a group.

The decision is part of social reforms rolled out by de facto leader Crown Prince Mohammed bin Salman, who is trying to shake off the kingdom's austere image and open up its oil-reliant economy.

Since his rise to power, women have been allowed to drive and to travel abroad without a male guardian -- even against a backdrop of a relentless crackdown against critics of his rule, including women's rights activists.

"It's like a dream come true. My childhood dream was to make the hajj," Shah told AFP, before setting off from her home in Jeddah, the major port city in western Saudi Arabia.

The hajj, one of the five pillars of Islam, is a must for able-bodied Muslims with the means to do so at least once in their lifetime.

For the young mother, making the pilgrimage with her husband and child would have been a distraction that would have prevented her from "concentrating completely on the rites". 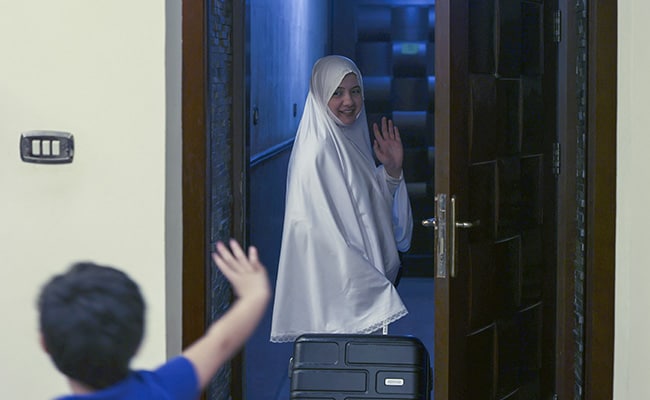 Pakistani pilgrim Bushra Ali Shah, 35, bids her son farewell before departing to Hajj, for the first time without a male guardian, from her home in Saudi Arabia's Red Sea coastal city of Jeddah, on July 16, 2021.

Shah is one of 60,000 pilgrims chosen to take part in this year's hajj, which has been dramatically scaled down for the second year running because of the coronavirus pandemic.

Only citizens and residents of Saudi Arabia, chosen in a lottery, are taking part. Officials have said that 40 percent of this year's pilgrims are women.

"Many women will also come with me. I am very proud that we are now independent and do not need a guardian," Shah said.

Her husband, Ali Murtada, said he "strongly encouraged" his wife to make the trip alone, after the government's decision to ban children from participating in the hajj this year.

He will stay in Jeddah to look after their child.

"We decided that one of us should go. Maybe she will be pregnant next year or maybe the children will still not be allowed to participate," the 38-year-old said.

It was unclear when the hajj ministry lifted the restriction, and some women have reported that travel agencies are still reluctant to accept women travelling without a male companion for the hajj.

Some even posted advertisements ruling out groups of unaccompanied women, in a sign of how the dizzying social changes are meeting some resistance in the deeply conservative kingdom.

Authorities previously required the presence of a male guardian for any woman pilgrim under the age of 45, preventing many Muslim women around the world from making the hajj.

That was the case for Marwa Shaker, an Egyptian woman living in the Saudi capital, Riyadh.

"Hajj without a guardian is a miracle," the 42-year-old, who works for a civil society organisation, told AFP.

Now travelling to Mecca with three of her friends, the mother of three had tried several times to make the pilgrimage before the pandemic. But she was unable to because her husband had already been and was not permitted to go again so soon.

"I feel enormously joyful. God has called me despite all the obstacles," she said.

For Sadaf Ghafoor, a British-Pakistani doctor, travelling without a male guardian was the "only option".

"We couldn't leave the children alone," the 40-year-old said of her three youngsters.

Her husband decided to stay behind, and Ghafoor headed to Mecca with a neighbour.

"It was not easy to take the decision to go alone... but we took this opportunity as a blessing," she said.