While in college, she applied and qualified for Deferred Action for Childhood Arrivals (DACA), an Obama-era program that President Donald Trump vowed to end during his 2016 presidential campaign. 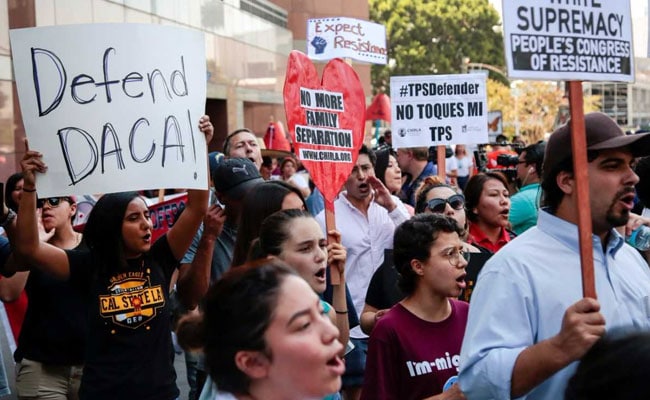 Ilka Eren, 25, came to the United States from Turkey with her parents more than 15 years ago and lives in the country without legal authorization.

While in college, she applied and qualified for Deferred Action for Childhood Arrivals (DACA), an Obama-era program that President Donald Trump vowed to end during his 2016 presidential campaign.

The program does not change an immigrant's legal status but rather protects from deportation and gives the right to work to so-called "Dreamers," young people brought to the United States as children and living in the country illegally. Nearly 800,000 immigrants have received DACA protection since the program's launch in 2012.

Eren's DACA status opened the door to several internships, and eventually to a job in New York at Ovation Travel Group, which provides travel services to corporations, as executive assistant to the chief financial officer.

"DACA literally changed my life," she said. "I really don't know where I would be without it."

He said her job responsibilities have grown because of her abilities. He said she reminded him of his own grandparents, who immigrated to the United States to seek a better life. If Eren were to lose her work eligibility it would be a blow to his company, Metselaar said.

But, he added, "it would be much more of a blow to her family, and to who we are as a country." 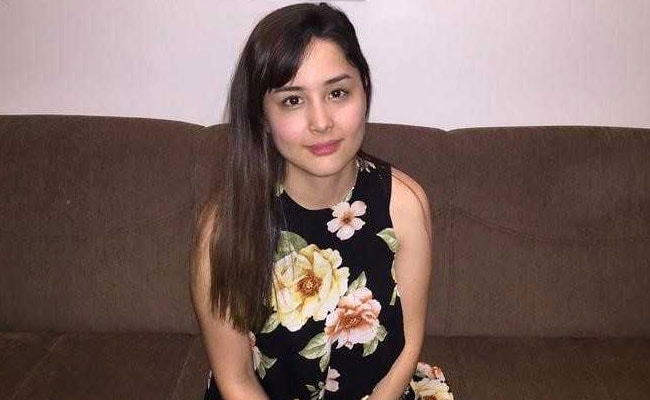 Ilka Eren, who had built a life in the United States, said DACA had changed her entire life (Reuters)

Trump is expected to announce a decision to end DACA on Tuesday, according to two sources with knowledge of the situation, but with a delay of up to six months to allow Congress to find a legislative solution.

On the campaign trail, Trump promised to quickly repeal the program, but since taking office - even as he has stepped up immigration enforcement - he has at times taken a softer tone about DACA. "We love the Dreamers," he told reporters on Friday.

Immigration hardliners within the Republican Party have pressured the president to scrap the program. Nine Republican state attorneys general have said they will file a legal challenge to the program if the Trump administration does not end it by Tuesday.

Many business leaders have urged the president to keep DACA protections in place, including the heads of tech giants Microsoft, Apple and Facebook. They have generally cited a potential hit to the economy if the program were to end, although there is scant government data on Dreamers as a distinct economic group.

Still, with the U.S. economy at close to full employment, ending DACA would bring a net loss in productivity, said Giovanni Peri, an economics professor at the University of California, Davis who studies immigration.

Groups that support stricter immigration enforcement say that eliminating the program would bring benefits, too.

"The end of DACA would result in much-welcomed job openings for American college graduates and other American workers who are either unemployed or underemployed and feel completely locked out of the workforce and blocked from achieving their American dream," said Dave Ray, communications director for the Federation for American Immigration Reform, which favors reduced immigration.

In interviews with Reuters, DACA recipients and their employers emphasized another aspect of what it would mean to end the program: The holes such a move would leave in lives and workplaces.

"I Knew She Would Be Someone"

Georgina Lepe, who runs a real estate law and probate practice from her office in Rancho Cucamonga, California, liked Karla Martinez so much she hired her twice.

She first met Martinez when she was busing tables at a Mexican restaurant owned by Lepe's family and was impressed with her work ethic. When Martinez graduated from the University of Southern California in December 2016, Lepe hired her to help temporarily with marketing.

Martinez left after a few months to work elsewhere. Lepe later tracked her down and asked her to come back, this time as a full-time legal assistant.

"Even when she was working at the restaurant, I knew she would be someone," said Lepe, who is 30 and, like Martinez, from a Mexican family. "The difference between (us) is, my family was able to help me out financially to achieve my goals." 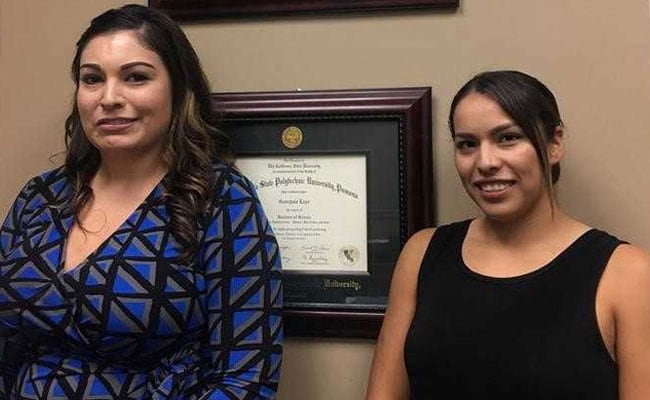 DACA beneficiary Karla Martinez (right), has proved to be indespensible to her boss, Georgina Lepe (Reuters)

Martinez, who came to the United States with her mother when she was four, helps pay the bills in the home she shares with her mother and two younger siblings. Now 24, she's planning to apply to law school - if DACA doesn't end and she can still afford to go back to school.

"Obviously I think about it and it's a little scary but I don't let it take over me," Martinez said.

Lepe says if Martinez's work permit is rescinded, "I would keep Karla until the very last second" and probably wouldn't hire a replacement. "I don't think anyone can compare," she says.

"It Really Empowers You"

Alcauter, 27, came to the United States from Mexico when he was 13, and attended California State University, Fresno, where he developed an interest in politics, which led to his interning on Capitol Hill.  The internship was possible, he said, because of his DACA status.

"To be able to have the documents and be able to apply wherever you want, it really empowers you to think beyond the place you were," Alcauter said. "It just empowers people to be able to find a job, to get a car, to buy a house, to move around, to contribute to their families."

"I Actually Have A Good Car"

"I have a good job now," said Meza, who came to the United States from Mexico with his parents and brother when he was 3 years old. "I actually am looking forward to buying my first house. I actually have a good car."

Ochoa said Meza started at Miramar doing data entry and analyzing spreadsheets and went on to help the company build a system allowing it to track its buildings and employees.

Promoted
Listen to the latest songs, only on JioSaavn.com
"We have invested a lot of time and money in training Jay, and so it would be a significant loss to us," he said.
© Thomson Reuters 2017