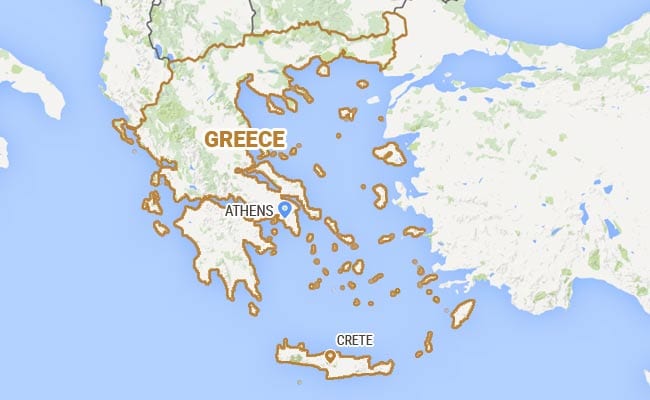 Two helicopters, three ships and a coastguard vessel were searching the waters off the Greek island of Crete where the boat capsized.

Athens, Greece: Greek rescuers were searching for survivors on Friday after a migrant boat sank off the island of Crete, leaving at least nine people dead and hundreds missing.

Two helicopters, three ships and a coastguard vessel were searching the waters off the Greek island of Crete where the boat, believed to have come from Africa with hundreds of migrants on board, capsized.

"Until this point 340 (people) have been rescued and nine bodies have been recovered," the Greek coastguard said in a statement, without giving details on the migrants' nationalities.

The International Organization for Migration (IOM) earlier said the vessel was "believed to have left Africa with at least 700 migrants on board".

In a separate incident, Libyan authorities said they had found the bodies of at least 117 migrants on the shore in the western Libyan town of Zwara -- possibly from one of another three boats that capsized last week off the Libyan shores -- and warned that the toll could rise.

"The total number of bodies retrieved until now is 117... 70 per cent of them were women plus six children," said Khames al-Boussefi, media coordinator to the Libyan Red Crescent.

The names and nationalities of the drowned migrants, whose bodies were found on Thursday, were not yet known.

The Friday sinking marked the second migrant vessel found in that area of the southern Aegean Sea since last week, indicating that people smugglers may be forging a new route to avoid NATO ships.

It was not immediately clear where exactly the boat had left from or where it was headed, or the nationalities of those on board.

Italian President Sergio Mattarella, meanwhile, urged the European Union not to "leave Italy alone" to face the influx of migrants.

Speaking on the Italian island of Lampedusa, the first point of arrival in Europe for many migrants, Mattarella said Italy and Europe owed a "debt of gratitude" to the islanders for "the lives saved, for the welcome given to those fleeing hunger and war".

In Greece, a coastguard spokeswoman said a passing ship spotted the sinking vessel off Crete.

When rescuers reached the scene, about half of the 25-metre-long boat was completely underwater, the spokeswoman said.

"The number of people in distress could be counted in the hundreds," she said.

The deaths are the first in Greek waters since April, as a controversial March deal between the EU and Turkey designed to halt the flow of migrants using the popular Aegean route has led to a sharp drop in arrivals.

Nevertheless, some 204,000 migrants and refugees have crossed the Mediterranean to Europe since January, the United Nations refugee agency said on Tuesday.

More than 2,500 people have died trying to make the perilous journey this year -- the vast majority of them on crossings between Libya and Italy -- as Europe battles its worst migration crisis since World War II.

Greek tourist islands in the Aegean witnessed the arrival of hundreds of thousands of people crossing in flimsy boats from nearby Turkey last year, many of them refugees fleeing the war in Syria.

But the number of people using that route has reduced to a trickle after the EU-Turkey deal, under which migrants landing on the islands can be sent back to Turkey, as well as the deployment of NATO ships in the Aegean.

The IOM said its observations supported the theory of a possible new migrant route, reporting a "surge of new arrivals to Greece further south, on sea lanes connecting North Africa to the island of Crete."

On May 27, the Greek coastguard intercepted a boat off Crete carrying 65 Syrians, Afghans and Pakistanis, under the control of two suspected people traffickers -- a Ukrainian and an Egyptian.

The coastguard did not indicate if that boat, which the migrants said had left from Turkey, was heading for Italy or whether the smugglers had chosen the route through the southern Aegean to reach Greece by avoiding NATO ships deployed further north and east.

The NATO deployment is aimed at cutting off the Aegean route previously used by hundreds of thousands of people fleeing poverty and conflict in Asia, the Middle East and Africa.