"If President Xi Jinping would meet directly and personally with the protesters, there would be a happy and enlightened ending to the Hong Kong problem. I have no doubt!" Donald Trump tweeted. 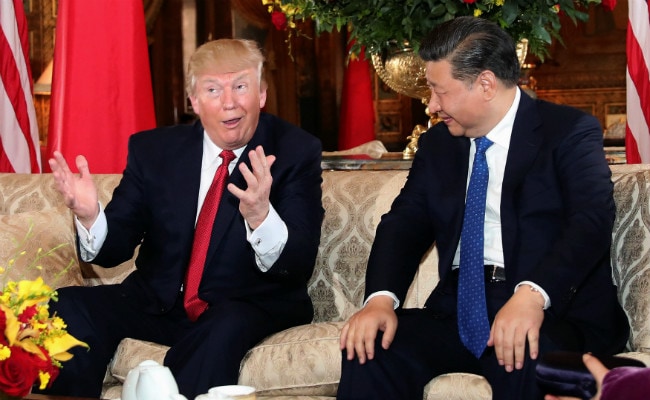 US President Donald Trump said Thursday that a meeting between Chinese leader Xi Jinping and Hong Kong's pro-democracy activists could lead to a "happy" ending to months of protests.

"If President Xi would meet directly and personally with the protesters, there would be a happy and enlightened ending to the Hong Kong problem. I have no doubt!" Trump tweeted.

Trump appeared to be clarifying a tweet he wrote on Wednesday on Xi, trade relations, and Hong Kong, which he ended by saying "Personal meeting?" That was taken by some as Trump offering to meet with the Chinese president.

Trump has been reticent to criticize China's stance on Hong Kong, indicating he regards the unrest as an internal matter for Beijing, while he focuses on negotiations to resolve a grinding trade war between the United States and China.

But State Department officials and top US lawmakers spoke out in defense of the protesters and warned Beijing to respect the territory's autonomy.

The call for Xi to meet with activists came as thousands of Chinese military personnel were seen assembling in a sports stadium in Shenzhen, just across the border with Hong Kong.

China's ambassador to London warned on Thursday that Beijing will not "sit by and watch" and is ready to "quell the unrest swiftly" if the crisis in Hong Kong becomes "uncontrollable."