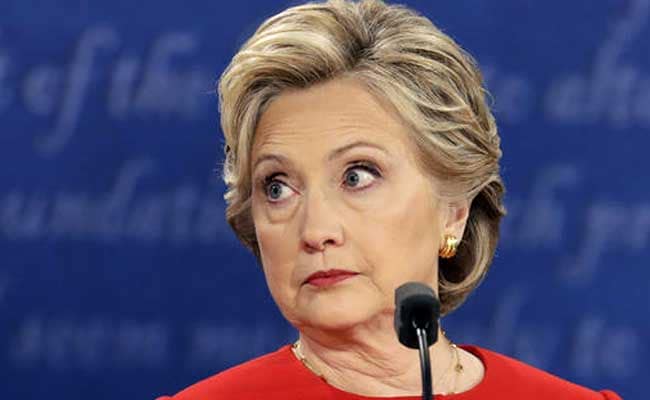 Hillary Clinton appeared to be displaying strength in the crucial battleground states of North Carolina.

CLEVELAND: While Hillary Clinton unveiled an emotional television ad featuring the parents of a murdered Muslim American Army captain, Donald Trump assured supporters he would have no regrets if he loses the presidential election because he was going all out in the final weeks of the campaign.

"I will be happy with myself," Trump said.

Trump planned to lay out his closing arguments for support with a speech Saturday in Gettysburg, Pennsylvania, focusing on the priorities for the first 100 days of his presidency. Clinton had two events of her own in Pittsburgh and Philadelphia.

With early voting underway in several states, data compiled by The Associated Press showed that Clinton appeared to be displaying strength in the crucial battleground states of North Carolina and Florida and may also be building an early vote advantage in Arizona and Colorado.

Trump appeared to be holding ground in Ohio, Iowa and Georgia, although those states would not be sufficient for him to win the presidency if he trails Clinton in states like Florida or North Carolina.

Typically self-assured, the Republican businessman was unusually candid about the possibility of losing. He said Friday he is packing his schedule with campaign events through Election Day so he will know he spared no effort.

In that vein, Trump turned his ire on first lady Michelle Obama, who has emerged as one of the most effective voices for Clinton and has delivered searing indictments of Trump's treatment of women.

"All she wants to do is campaign," Trump said as he rallied supporters in North Carolina. He cited comments Mrs. Obama made during her husband's 2008 campaign in which she said someone who can't run their own house can't run the White House. "She's the one that started that," Trump said.

Clinton's new ad features Khizr Khan, whom Trump assailed after Khan spoke at the Democratic National Convention. In the 60-second ad, which Clinton's campaign said was airing in seven battleground states, Khan retells how his son, Capt. Humayun Khan, died in Iraq seeking to protect his US military unit from a suicide bomber.

"Mr. Trump, would my son have a place in your America?" the father asks, tearing up as the ad fades to black.

Trump and Clinton remained sharply at odds over his unprecedented assertion in the final debate on Wednesday that he may not concede if he loses. She said Friday at a Cleveland campaign stop, "Make no mistake: By doing that, he is threatening our democracy."

She said that America knows "the difference between leadership and dictatorship."

Trump has said he's merely reserving the right to contest the results if the outcome is unclear or questionable. Underpinning his threat is his contention - presented with no evidence - that the election is "rigged" against him and may be soiled by widespread voter fraud.

Fanning those flames, Russia's government has asked Oklahoma and two other states to allow Russian officials to be present at polling stations on Election Day, to study the "US experience in organization of voting process." Allegations by the US government that Russia is trying to influence the election by hacking Democratic groups has fed a Clinton camp claim that Russian President Vladimir Putin is siding with Trump.

Promoted
Listen to the latest songs, only on JioSaavn.com
The Oklahoma secretary of state's office said Friday it had denied the Russian request, in line with state law. At the White House, press secretary Josh Earnest said it was unclear what Moscow was trying to do.

"It's appropriate that people might be suspicious of their motives," Earnest said.