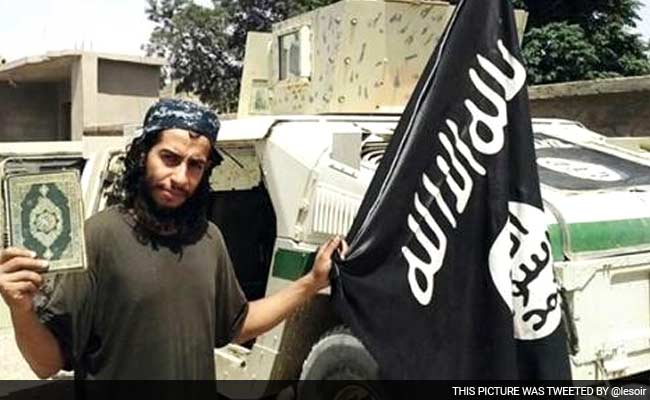 Abdelhamid Abaaoud was also named last year as the elder brother of a 13-year-old boy who left Belgium to become a child-fighter in Syria.

PARIS: On the night of Jan. 2, Belgian authorities closing in on a terror cell in the town of Verviers intercepted a telling piece of intelligence. Homegrown terrorists were plotting to gun down police officers, and they discussed their plans by phone with a superior in Athens - a Belgian man whom authorities believed to be a puppet master in the Islamic State's effort to terrorize Europe.

Acting on a request from Belgian intelligence, Greek officials raided an apartment in the middle-class Pangrati district of Athens, hauling in suspects and bagging the cellular phone used in that Jan. 2 call.

But fingerprinting soon revealed that the Greeks had the wrong men. Once again, Abdelhamid Abaaoud had slipped through the fingers of European intelligence.

French authorities now think Abaaoud, a 28-year-old of Moroccan descent who recruited his own 13-year-old brother to fight for the Islamic State, was a "guru" behind the massacre that unfolded at a stadium, concert hall and bars and restaurants in Paris on Friday, killing 129 people and wounding more than 300. Officials are beginning to piece together a network of attackers with ties that radiated back to him.

Abaaoud, two European officials familiar with the case said, is thought to have arrived in Syria sometime in 2013 or 2014 and slipped in and out of Europe since. He is now thought to be back in Syria. At least two of the men thought to be directly involved in the Paris attacks had years-long connections to him and came from his same hardscrabble neighborhood in Brussels that has become a breeding ground for European jihadists.

The sinewy, bearded Islamic State operative, officials say, may also have been directly involved in the recruitment of other assailants in Friday's attacks, and he was actively involved in several other attempts this year to stage terror in Europe. In August, a French foreign fighter arrested after his return to France told intelligence officials that Abaaoud had instructed him to strike at densely populated targets, including a "concert hall."

"He is a barbaric man," said a French official familiar with the case.
The focus on Abaaoud emerged as a manhunt was still underway to find Salah Abdeslam, 26. French authorities think he had a role in the attacks; his older brother, Brahim, 31, blew himself up at a Paris restaurant on Friday.

A third brother, Mohammed Abdeslam, was arrested by Belgian authorities and let go. He painted a picture of a family shocked that one or more of its own could have staged such an attack.

"I had two brothers with absolutely normal conduct," Mohammed Abdeslam told reporters in Brussels after his release. "People need to know that my brother Salah Abdeslam has not been heard yet.

"My family and I were deeply hit by what has happened," Abdeslam said. "We could never have imagined that our brother was linked to a terror attack."

Authorities have now identified five of the seven dead assailants from Friday's assault, including at least four French nationals, some whom lived in Belgium, who are thought to have fought in Syria.

Samy Amimour, a 28-year-old who lived in a northeastern Paris suburb, was a former bus driver whose Facebook page shows him as an irreverent youth flipping the bird in photos. In June 2014, his father, Azzédine, 67, traveled to Syria to try to persuade his son to come back. He failed.

When the father arrived in the town of Minbej, northeast of Aleppo, he said that his son was injured and that he was impersonal and strident about fighting for the Islamic State.

"When I finally saw my son, he was with another guy who wouldn't leave us alone," the father told Le Monde in December 2014. "The reunion was very cold. He did not show me his house. He did not tell me how he got injured or if he was fighting."

He said he gave his son a letter from his mother and 100 euros in an envelope. "He gave me back the 100 euros, saying that he did not need it."

Intelligence officials think Brahim Abdeslam, a French national who spent time in the same Molenbeek neighborhood of Brussels where Abaaoud is said to have conducted Islamic State recruiting, is believed to have gone to Syria via Turkey on Jan. 27, 2015, then returned sometime in February. His brother Salah was detained in Greece in August on suspicion of attempting to travel to Syria. But one European intelligence official said he may have gone to Greece to meet with an operative from the Islamic State.

But a French official familiar with the case described Abaaoud as the "centerpiece" seeming to unite Friday's attackers.

Abaaoud has been linked by authorities to several foiled terrorist plots in France and Belgium over the past two years, including the attempted attack in August on a Paris-bound TGV train from Amsterdam that was thwarted with the aid of a group of Americans.

The degree of his participation in each plot has yet to be determined. A European intelligence official familiar with the investigation in Belgium said Abaaoud appeared to be "involved" in the attacks but said it was too early to dub him a "mastermind" who had devised and orchestrated the plot.

A French official familiar with the case, however, said Abaaoud appeared to be a key figure behind the attacks, citing his clear links to the attackers and his role in other, eerily familiar plots. In August, Reda Hame, a French foreign fighter, was arrested in France after returning home from Syria. He told the police that he had met Abaaoud in Syria and that he'd been given several targets for attacks in France, including "concert halls" and "food markets."

"These weren't specifics targets," the French official said, "rather, ideas of places to strike, so as to spread fear everywhere."

Abaaoud spent his youth in the Molenbeek neighborhood of Brussels and was arrested for petty crimes - a profile common among young jihadists who were also wayward youths. But he is thought to have later associated with members of Sharia4Belgium, an Islamist activist group designated a terrorist organization this year.

Abaaoud is believed to have joined the Islamic State sometime in 2013. He has appeared in a number of its videos, including one from March 2014 in which he drives a pickup truck with a string of dead bodies attached.

"He contributed to sending hundreds of Belgians to Syria, coordinating departures," said Jean-Charles Brisard, a counterterrorism expert based in Paris. "He has a big role in recruitment of the French-speaking jihadists."

In an interview with Dabiq, the Islamic State magazine, in February - shortly after the Belgians disrupted the plot in Verviers - Abaaoud boasted of effortlessly slipping back into Syria from Europe.

"I was even stopped by an officer who contemplated me so as to compare me to the picture, but he let me go, as he did not see the resemblance!" he said. "This was nothing but a gift from Allah."