He Died After He Was Taken Off Life Support. Then Walked Through The Door

They had bought the casket and were making funeral plans. Then, everything changed for a Chicago family. 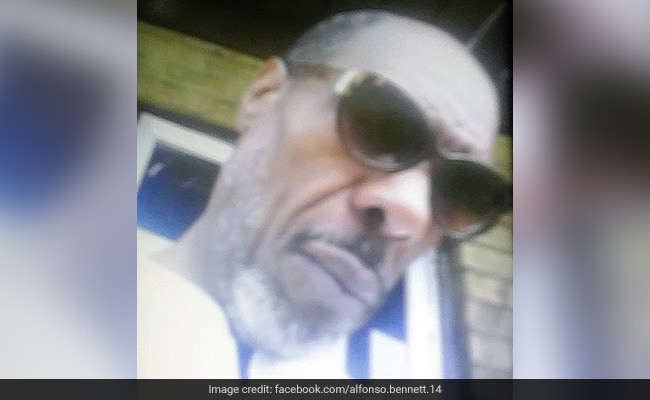 His family members were told to rush to a hospital, where Alfonso Bennett was beaten beyond recognition.

The hospital staff was insistent, but Brenda Bennett-Johnson could not be sure. It was May 13 and Bennett-Johnson and her sister Rosie Brooks were visiting the intensive care unit at Chicago's Mercy Hospital & Medical Center, watching a man struggle for his life. Authorities said they were looking at their brother.

He was confined to a hospital bed, bobbing in and out of consciousness, face beaten beyond recognition, chest rising with breath only due to the ventilator tube snaked down his throat. The man had been brought in after being discovered naked and viciously attacked on April 29.

It had been years since Brooks and Bennett-Johnson had been in touch with their sibling, Alfonso Bennett. And as the sisters recently told WBBM, through the injuries and medical contraptions, they did not recognize the man slipping away at Mercy as Alfonso.

"They kept saying [the Chicago Police Department] identified this person as our brother," Bennett-Johnson told the station.

Accepting the word of authorities, the sisters kept vigil over the injured man. When doctors said it was time, they signed the necessary paperwork allowing the staff to unhook him from the machines. He quickly passed away, and the sisters started making funeral plans.

Then, amid the family's grief, a miracle dropped.

A member of the family called to report that Bennett - alive and well - had just walked through her front door.

"I almost had a heart attack," Bennett-Johnson said.

The sisters' hunch at the hospital had been correct. Unfortunately, they had signed off on a stranger's death.

"It's sad that it happened like that. If it was our brother and we had to go through that, that would have been a different thing," Bennett-Johnson told WBBM. "We made all kinds of decisions on someone that wasn't our family."

The head-scratching case of mistaken identity has now prompted hard questions for Chicago authorities after Chicago media reported on the case this week.

"To say that we currently have questions is an understatement," Anthony Guglielmi, chief communications officer for the Chicago Police Department, tweeted in a response on Wednesday. "We have detectives looking into every aspect of this incident - from the incident response to the circumstances leading to the hospitalization and the notification of family members."

Incredibly, a similar scenario played out last summer in New York. As The Washington Post reported in January, a woman was alerted in July 2018 by a hospital in the Bronx that her brother was unconscious and suffering from severe brain damage after a drug overdose.

Two weeks later, the sister told doctors at St. Barnabas Hospital to take her brother off life support after they advised her the patient would never recover. Later, the sister learned the hospital had incorrectly identified the man in their care as her sibling. Her actual brother was being held at the time on Rikers Island after an arrest. The mix-up became apparent only after the city medical examiner's office did an autopsy.

The family filed a lawsuit against St. Barnabas in January.

In Chicago, the false identification that embroiled Bennett-Johnson and Brooks was equally strange.

As the sisters told WBBM, when they first got to the hospital, a nurse told them their brother had been identified through police mug shots. The department had not identified the man through fingerprints because of budget cuts, the nurse said, according to the sisters.

Police sources told WBBM that fingerprinting identification is only used when an individual has committed a crime or is taken to the morgue.

"You don't identify a person through a mug shot versus fingerprints," Bennett-Johnson told the station. "Fingerprints carries everything."

The mistake only surfaced after authorities at the morgue took his fingerprints. He's still a mystery man. According to WBBM, investigators are now looking for the actual relatives of the deceased.

In a statement to the station, Mercy noted, "The family did identify this patient as their brother."

Guglielmi, the Chicago police spokesman, said an investigation is underway into what happened.

"I can't conceive of how a budgetary issue would drive whether or not a person who was a John Doe would be fingerprinted before they're taken off of life support," Bennett-Johnson and Brooks's attorney, Cannon Lambert Sr., told the station. "If that's the situation, something's got to be done."