The lawsuit is the third class action suit filed against Weinstein by Hagens Berman since late last year. 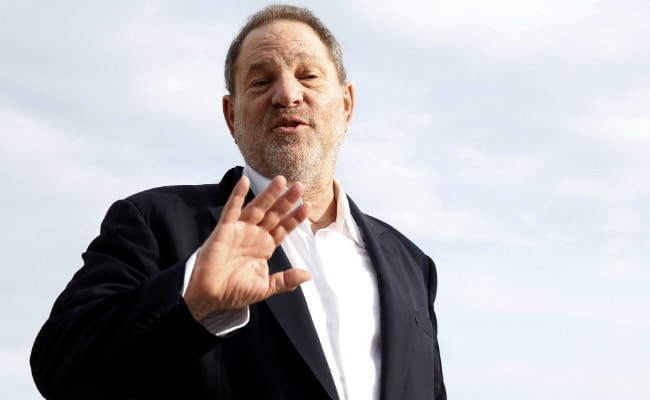 Melissa Thompson, one of the women filing the class action lawsuit, said she was sexually assaulted by Weinstein during a 2011 meeting to discuss a new marketing tool.

Following public revelations last year about his predatory behavior, Thompson said she was referred to lawyer Benjamin Brafman and another attorney at his firm, Alex Spiro.

"Thompson was led to believe that Brafman and Spiro were representing victims against Weinstein," the law firm representing her, Hagens Berman, said in a statement.

"Deceptive tactics were used to entice her to turn over her visual and audio evidence of Weinstein's conduct (which she did)," it said.

"Melissa did not learn that Brafman was actually then or would later be Weinstein's lead criminal defense attorney until after turning over the video as evidence."

Brafman's law firm was named as a defendant in the lawsuit along with Weinstein's former movie company Miramax and The Weinstein Company.

The other two actresses who are a party to the lawsuit are Caitlin Dulany and Larissa Gomes.

It accusses Weinstein of "assaulting, threatening and falsely imprisoning (Dulany) in her apartment" in 1996 and again at the Cannes Film Festival that same year.

As for Gomes, the second time Weinstein met with her, he "imprisoned her in his hotel room and threatened, battered and assaulted her," the law firm said.

The lawsuit is the third class action suit filed against Weinstein by Hagens Berman since late last year.

Other women who were victimized by Weinstein were invited to join the suit.

"We deserve to live in a world in which accountability for the abuse of power exists," Thompson said. "Stand up and say something -- because now is the time that enough is enough."

Elizabeth Fegan, a partner at Hagens Berman, said "we are working to see a day of justice for the hundreds of women who were exploited for Weinstein's sexual gratification and silenced by this ring of conspirators."

The 66-year-old Weinstein was charged with rape and a sex crime in New York last week, nearly eight months after his career imploded in a blaze of accusations of misconduct.

Nearly 100 women have now accused Weinstein of crimes ranging from sexual harassment to assault and rape going back decades.

Salma Hayek, Gwyneth Paltrow and Angelina Jolie are among more than two dozen actresses who say they were sexually harassed by the producer. A few, including Asia Argento and Rose McGowan, said they were raped.

Brafman, Weinstein's lawyer, is one of America's most celebrated criminal defense attorneys. His past clients include former IMF boss Dominique Strauss-Kahn, who escaped criminal prosecution for alleged sexual assault in 2011.